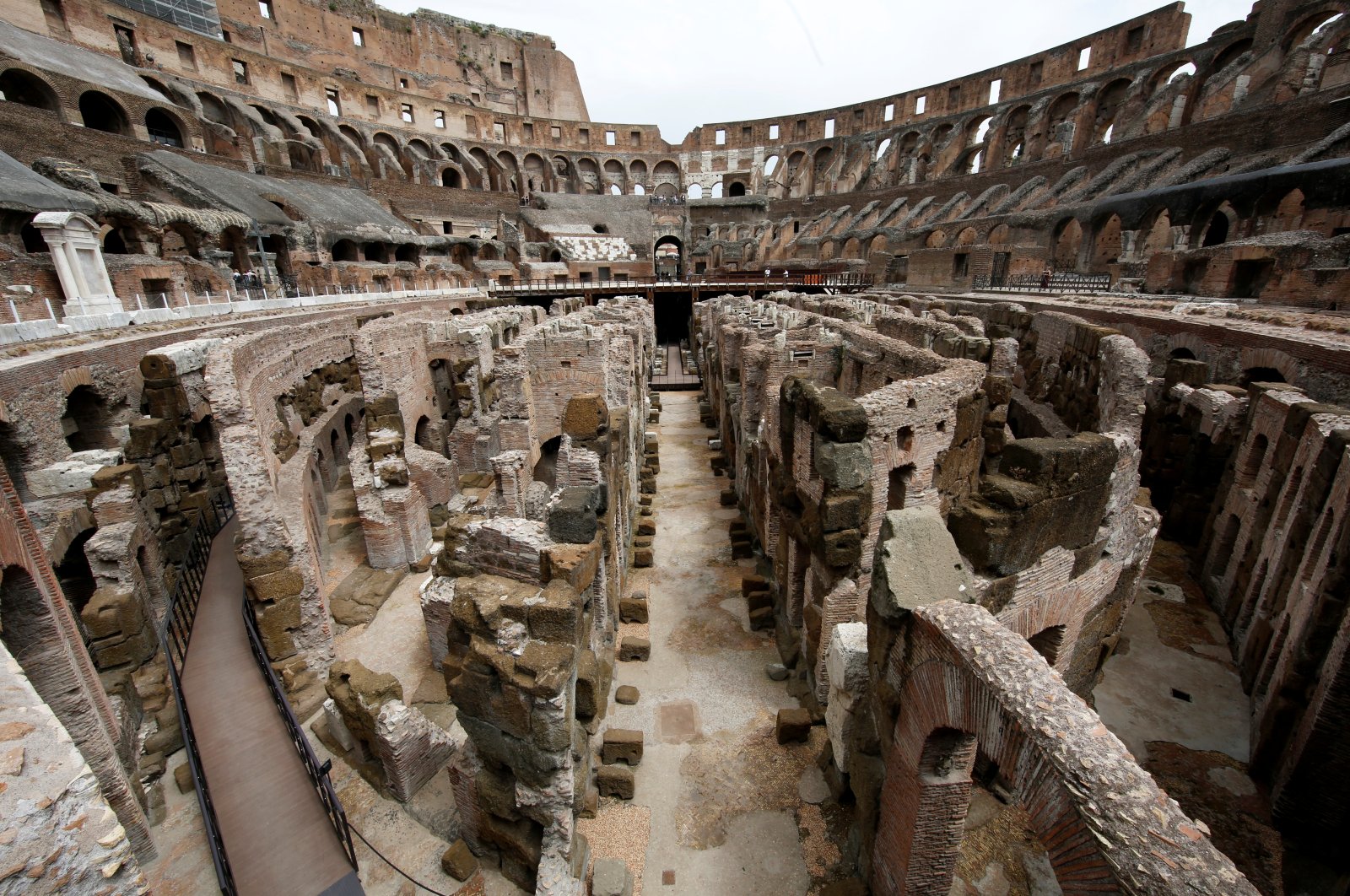 View of the Colosseum tunnels, which have been restored in a multimillion-euro project sponsored by fashion group Tod's in Rome, Italy, June 24, 2021. (REUTERS Photo)
by ASSOCIATED PRESS
Jun 29, 2021 2:39 pm

The underground tunnels of the historic Colosseum in Rome, Italy, have been opened to the public for the first time in its history. After two and a half years of work to shore up the amphitheater’s underground passages, tourists will be able to go down and wander through part of what had been the ancient arena’s “backstage.”

Italy’s culture minister Friday formally announced the completion of work to shore up and restore the underground section in the presence of the founder of Tod’s, the shoe and luxury goods maker, who has footed the bill.

During the centuries when spectators filled the Colosseum to watch spectacles replete with gladiators and wild animals, the public was forbidden from venturing below stage level. The ban lasted from 80 A.D., when the amphitheater was inaugurated, until the last show in 523 A.D.

Dozens of mobile platforms and wooden elevators were employed in ancient times to haul up to stage level vivid scenery as well performers and animals for dramatic entrances.

Colosseum director Alfonsina Russo said tourists will be able to stroll down a walkway 160 meters (530 feet) long to view some of what were originally 15 corridors that circled the underground levels.

Restoration work by teams of engineers, surveyors, construction workers, architects ad archaeologists was interrupted during part of the COVID-19 pandemic.

Tod's founder Diego Della Valle responded several years ago to an Italian government call for private sector funding for restoration projects in light of the country's inability to come up with the cash to care for its immense art and archaeological treasures.

Della Valle also paid for a multimillion-euro cleaning of the Colosseum, a monumental project which removed the decades of soot and grime that made the arena look dull and dreary.

Last month, Culture Minister Dario Franceschini detailed a project to build a lightweight stage inside the area so visitors can admire the ancient monument from a central viewpoint. The stage will be retractable.

The original arena had a stage, but it was removed in the 1800s for archaeological exploration of the underground level. The new stage will also allow for holding cultural events that the minister said would be respectful of the Colosseum as a symbol of Italy.