Unique gallery grave in ancient city of Dara in spotlight 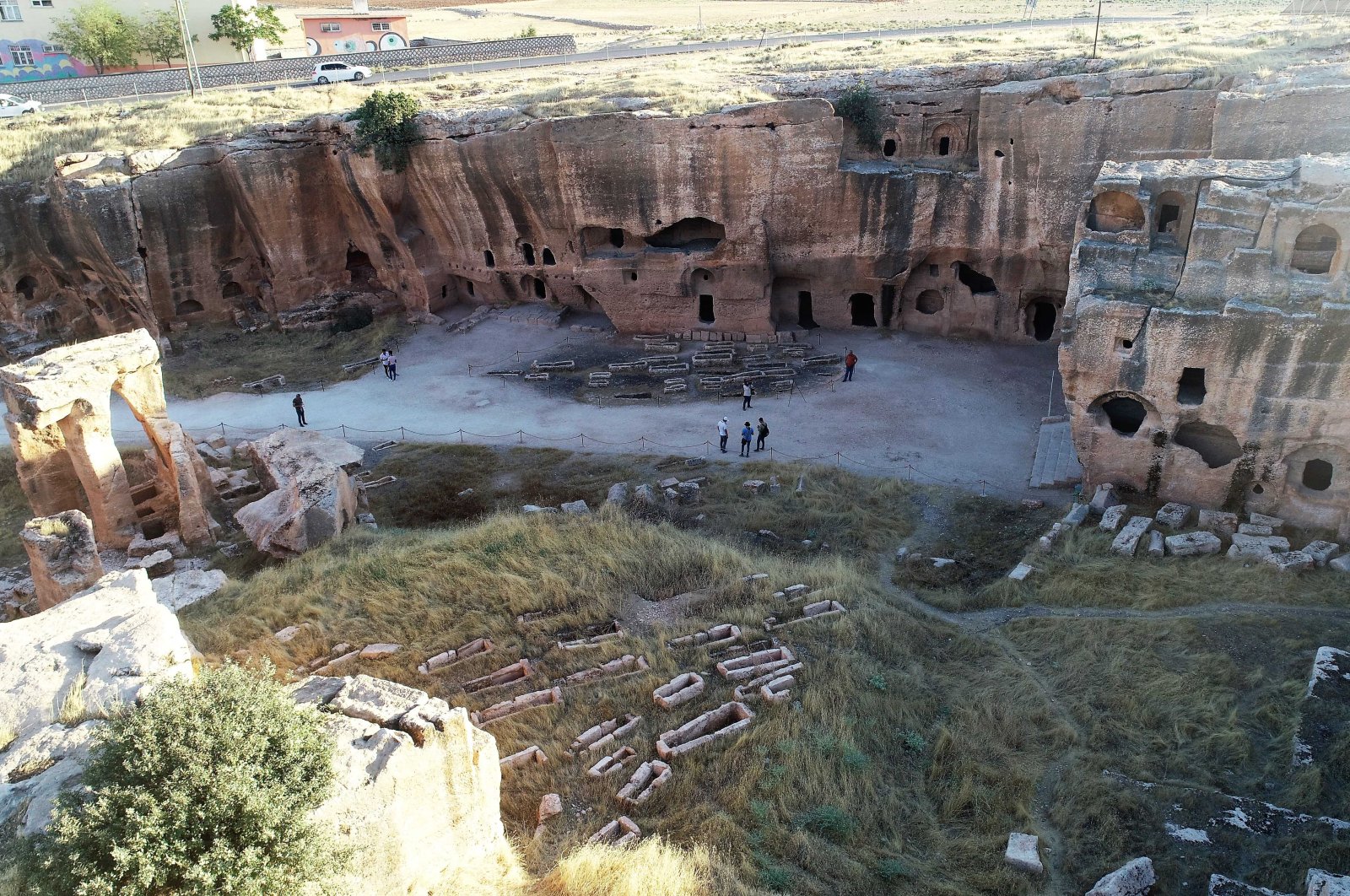 The 1,500-year-old unique gallery grave where hundreds of people were buried together in the ancient city of Dara in southeastern Mardin province is swarming with visitors. Associate professor Hüseyin Metin, head of the excavation committee of the ancient city of Dara and a lecturer at the Department of Archaeology of Kafkas University, said what distinguishes this mass grave from other ancient tombs is the presence of human bone fragments.

In the ancient city of Dara – one of the most important settlements in Upper Mesopotamia – a 1,500-year-old mass grave was unearthed in the excavations carried out in 2010. At the entrance of the site where hundreds of bones and skulls have been unearthed, there are symbols depicting Jesus Christ and Orthodoxy.

In order to ensure that local and foreign tourists can visit the ancient city comfortably and conveniently, the entrance has been enclosed by a glass facade and a walking platform has been created for visitors. Various theories have been suggested about the origin of the human bones in the double-story structure. One theory claims the area, created in the sixth century, was a mass cemetery site built by Romans for the rites of resurrection in the Christian faith. Metin said that some views suggest that that the bones kept in sarcophaguses at that time were transferred to the lower part with the burials and that the soldiers who died in the Persian-Sassanid war in 530 were buried here in mass graves.

Emphasizing that the assumptions about the origin of the human bones in the gallery grave should be supported by scientific studies, Metin noted: “The place called the gallery grave is one of the areas that attract the greatest number of visitors. After Byzantine Emperor Anastasius I decreed it as a garrison city, these areas were first used as the fortifications of the city and as a quarry for public buildings. After a large area was created here, certain sections were used as grave structures. These grave structures are of a different nature."

For Metin, the area featuring arcosolium (recessed) tombs, simple cists and a gallery grave structure is unique. “What distinguishes Dara from all other ancient cities is the structure called the gallery grave. There are various descriptions of Jesus Christ, that is, Orthodox belief, at the entrance of the tomb. Inside, there is a double-story structure. There are various death beds in the form of coffins on the upper floor,” Metin stated.

Fatih Aslan, a resident of Istanbul visiting Mardin, said: “People did not know about this place before. We have come here on the advice of a friend of mine and advise people to come here.”