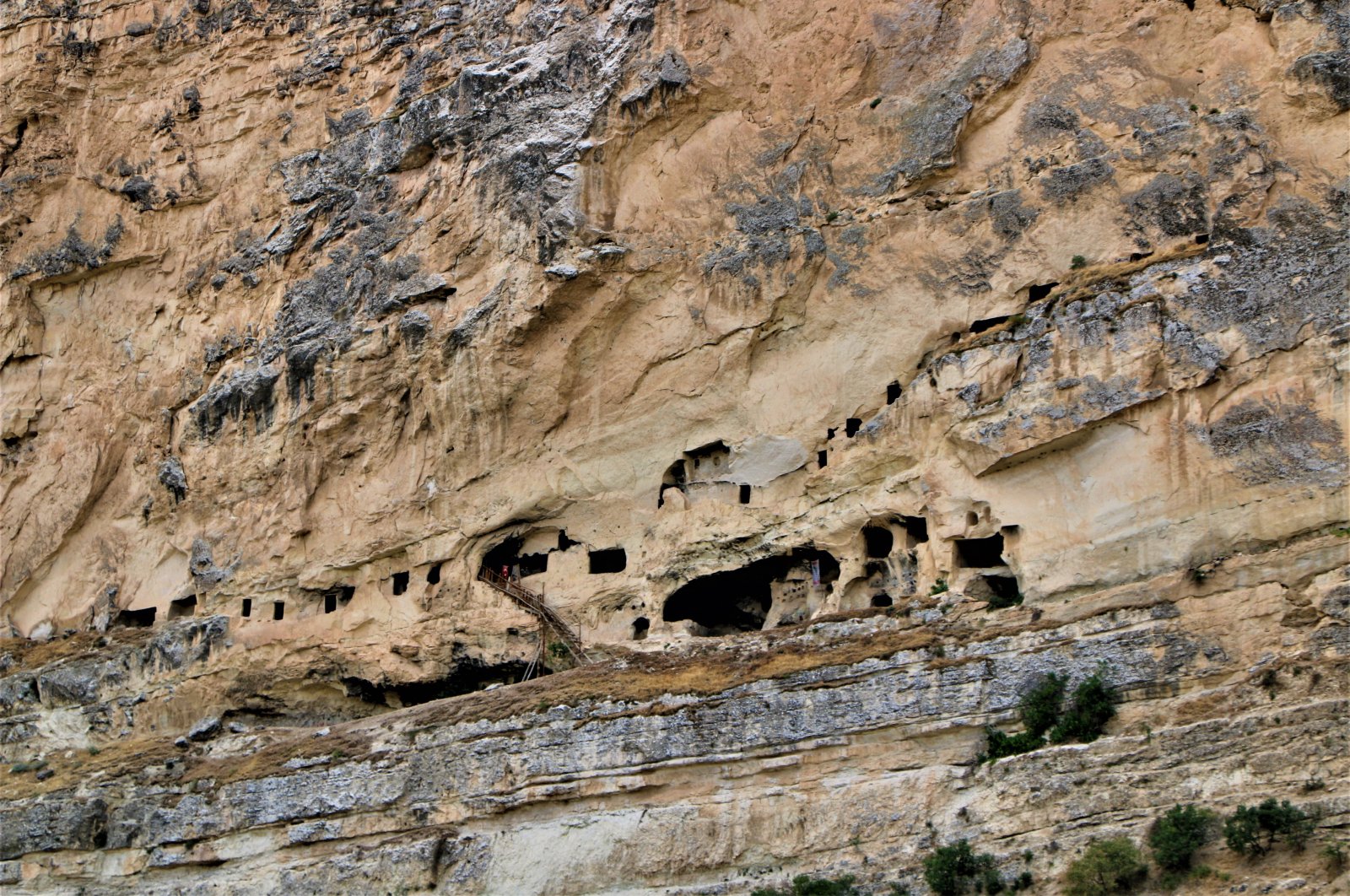 The Urartian cave rooms, also known as “cave holes” or “dervish cells,” are expected to attract more tourists to eastern Tunceli province with the upcoming completion of the most recent landscaping efforts.

Located in the hidden paradise of Tağar Creek Valley, the prehistoric caves are estimated to date back to the Urartian period. Yet, the exact construction date of the historical structures could not be determined. While the rooms take visitors on a historical journey, they were mostly in ruins due to the passage of time.

The Çemişgezek District Governorship has prepared a project under the title “Urartian Caves Open to Tourism” to attract visitors to these historical structures. Following the approval of this project, renovations were immediately launched in the region. With the construction of a suspension bridge, walking path and decorative lighting, along with some interior and exterior arrangements, tourists will be able to visit the Urartian chambers easily soon.

The cave rooms are one of the most intriguing and fascinating sights in Tunceli. The settlement complex consists of three to four stories and features 25 rooms with natural heating systems and long corridors with large scenic windows. The topmost room, called “Bey Odası” ("Bey's Chambers"), is a stone kiosk of sorts with an indoor pool, but it is almost impossible to reach due to the narrow stairs and corridors. There are also underground water reservoirs that collect fresh rainwater seeping through the rock. Whether these reservoirs are natural or human-made is unknown.