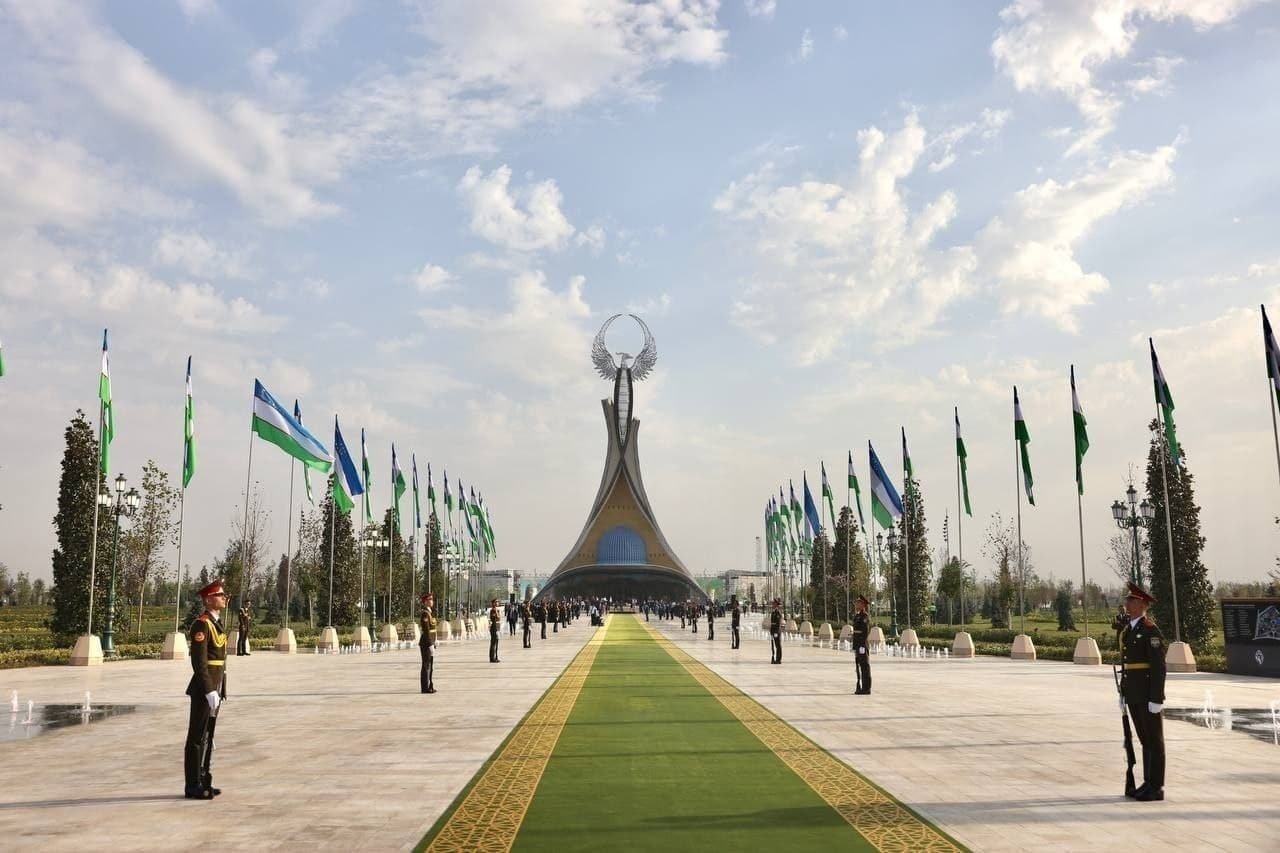 Uzbekistan celebrates the 30th anniversary of its independence in front of the monument built by a Turkish designer firm in Tashkent, Uzbekistan, Aug. 31, 2021.
by DAILY SABAH
Sep 01, 2021 4:58 pm

The new symbol of Uzbekistan's 3,000-year history and independence, its "30th Anniversary Monument,” was recently brought to life by the Turkish company Outdoor Factory. Completed in 63 days, the monument, with significant historical value, is expected to become one of the most important city symbols in the world.

Outdoor Factory, a leading Turkish company in the museum, theme park and city architecture sector, realized one of the most important examples of the world in Tashkent as part of its monument projects.

The symbol of Uzbekistan, the “30th Anniversary Monument” project was started under the leadership of the country's president, Shavkat Mirziyoyev. Outdoor Factory's designs stood out among the companies competing for the project and it won the construction job.

Expected to become a world-renowned landmark, the monument was officially opened with the participation of the Turkic republics state protocol under the leadership of Mirziyoyev on Aug. 31. It was named "Stella," which means "star and statue" in Uzbek.

The monument reflects the most important historical and cultural national values ​​of Uzbekistan. It bears traces of the Gur-e Amir in Samarkand, Samanid Mausoleum and Po-i-Kalyan in Bukhara, and the Registan engravings in Samarkand, while also making reference to Al-Biruni's work on the movements of the moon.

A variety of materials used to construct the structure were brought from Turkey by 85 trucks and 14 planes. The project, which was designed in 47 days with over 1,000 employees, reflects the long history of Uzbekistan. Mapping technology and relief sculptures were used in the interior of the monument, where three different periods of the country's history are described on its outer surface.

During his remarks after the opening, Outdoor Factory partner and world-famous designer Sinan Turaman thanked Mirziyoyev for his leadership in creating this valuable work.

"President Mirziyoyev regularly visited the ongoing construction, which we conducted with the information we received from Uzbek historians. Uzbekistan has a rich cultural heritage due to its historical importance and strategic location. The mosaic and relief works used in the structure were inspired by the prominent historical structures of Uzbekistan," he said.

In the monument, there are silk road sculpture works that have great importance in the history of world trade, sculptures representing the peoples of the Turkic Republics, the numbers 0 and 9 brought to mathematics by the scientific genius Harezmi, artistic installations accompanying the bronze sections symbolizing eternity, and many other cultural values. The eight-pointed star, which has an important meaning in Turkish history, is symbolized in the bird's eye view of the monument. At the highest point of the monument, there is the huma bird, which is of historical importance due to its rise from its ashes, shining like a star in the whole city with its special lighting.

Outdoor Factory started its activities in 2010. After entering the sector with outdoor advertising sales, the company designed and produced the three-dimensional character of Turkey's leading brands. Today, it designs, projects and produces in different areas such as theme parks, museums, monuments, city architecture in Turkey and in different cities of the world.