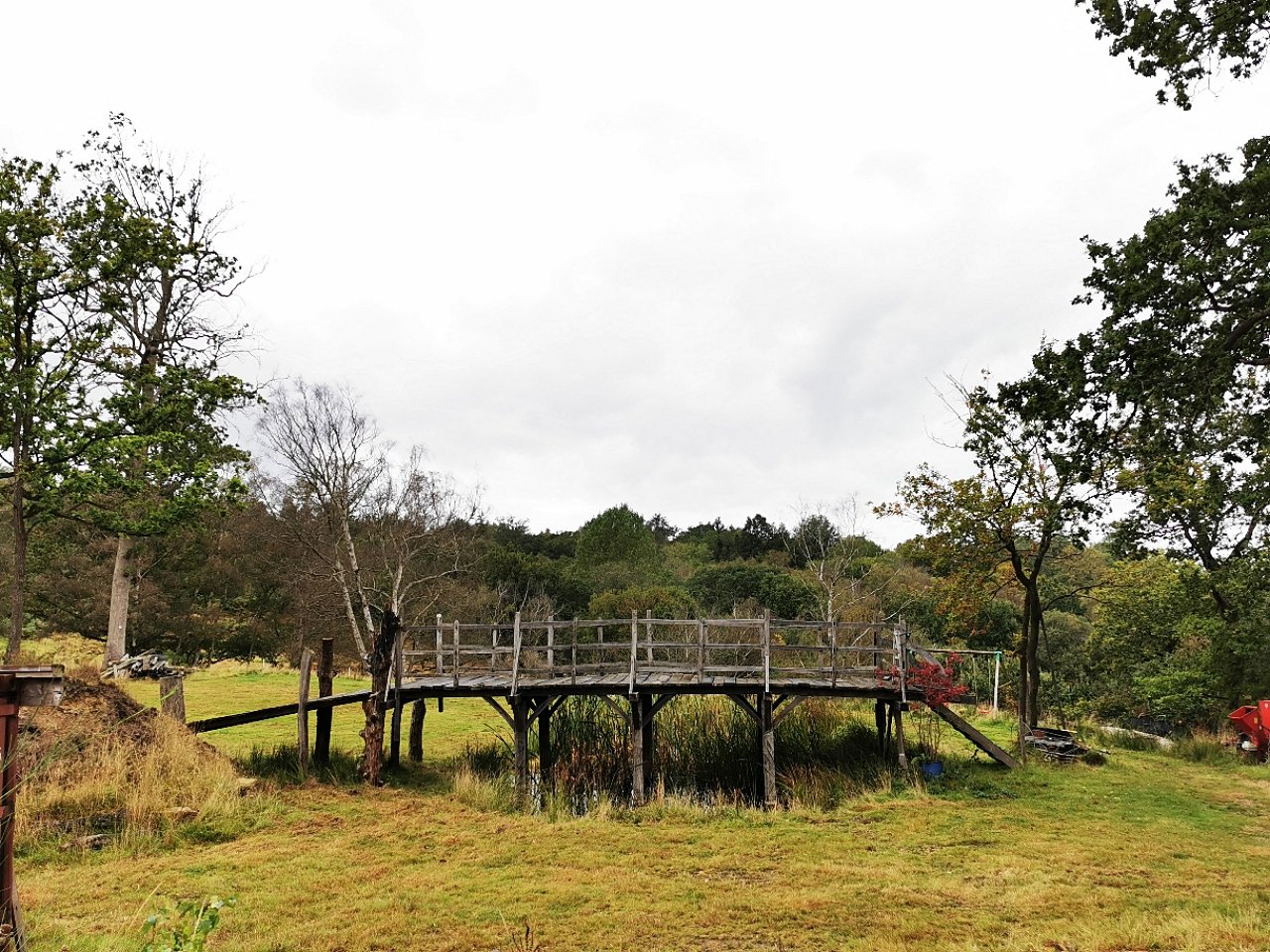 An old bridge depicted by A.A. Milne in his much-loved children's books about the honey-loving bear "Winnie the Pooh" has sold for over 131,000 pounds ($178,540), twice its estimated price, at an auction based in the United Kingdom, the organizers said Thursday.

The honey-obsessed bear's creator, Milne, played on the bridge in Ashdown Forest, East Sussex, with his son, Christopher Robin Milne, where they invented the game of Poohsticks.

Bids for the century-old structure came in from all over the world, with a British noble coming out on top.

Originally built around 1907, the bridge rose to fame after being included in Milne's children's books and was officially renamed Poohsticks Bridge in 1979.

In 1999 it was taken apart after being worn out by thousands of tourists, and a replacement was built.

Auction winner Lord De La Warr, who already owns the "Hundred Acre Wood" from the Pooh tales, said he was thrilled to snap up a piece of literary history.

"I am delighted to have been able to purchase the original bridge.

"It will take pride of place on the estate, close to its original position, and I hope that many children (and adults) will be able to admire the original bridge which inspired one of the most famous games still played by children in the U.K. and abroad — Poohsticks."

James Rylands, specialist in charge of the sale at Summers Place Auctions, said: "We were absolutely delighted that we could sell a piece of literary history which has given pleasure over the generations to millions of children around the world.

"We were thrilled by the interest the bridge received globally, but are pleased that the bridge will stay in this country."

Until recently parts of the original bridge had been kept at the Ashdown Forest Centre when the local parish council gave permission for it to be rescued and restored.

It was expected to fetch between 40,000 pounds and 60,000 pounds, but reached more than double that when the winning bid of 131,625 pounds (including buyer's premium and VAT) was revealed on Thursday.

The auction coincides with the 100th year of the original Winnie the Pooh, who was given to Christopher Robin Milne as a fluffy companion on his first birthday in 1921.