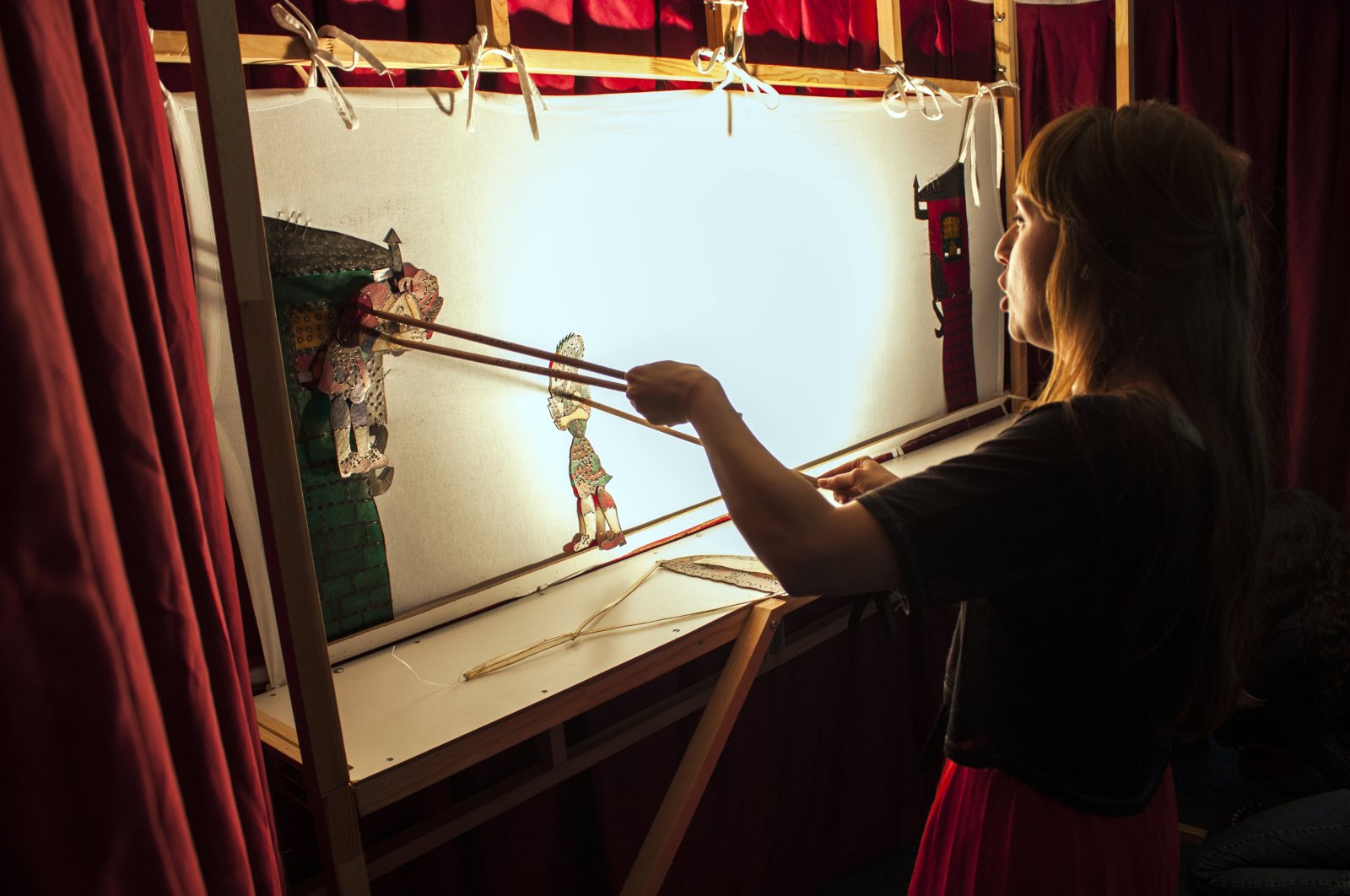 YEE London put on performances of Karagöz and Hacivat traditional Turkish shadow play in many U.K. primary schools and institutions in English and Turkish. (Courtesy of YEE)
by DAILY SABAH Dec 30, 2020 12:16 pm
RECOMMENDED

Yunus Emre Institute (YEE), a Turkish cultural institution established in 2007, opened the doors of its London branch in 2010. Since then, it has been playing a significant role in improving the bonds of friendship between Turkey and the United Kingdom. While the London institute celebrated its 10th anniversary this year, it continues to be the leading provider of online and formal Turkish language education.

YEE in London has provided Turkish courses to more than 2,000 students so far, according to a statement by the institute. Today it provides Turkish courses both in brick-and-mortar and digital environments with nearly 1,000 students learning the language through its teaching portal and almost 200 students receiving online education in light of the pandemic.

In addition to these language courses, the institute works hard to showcase Turkish culture in the U.K. and promote friendly ties through numerous art events and activities every year. To realize its rich and diverse cultural and lingual goals, the institute has hosted over 545 cultural events at 76 different locations. These events included 143 courses, 80 workshops, 40 exhibitions, 153 talks, 63 concerts, 86 film screenings and over 200 meetings along with partnerships with 47 other institutions.

The institute has also contributed to the promotion of Turkey’s rich cultural heritage by putting on performances of Karagöz and Hacivat traditional Turkish shadow play in many U.K. primary schools and institutions in English and Turkish. The shadow play is named after its popular lead characters,

Besides, as part of the "A Pinch of Anatolia" Project, world-renowned chefs Musa Dağdeviren and Ömür Akkor introduced a variety of Turkish delicacies through their tasting menus and talks. Meanwhile, 35 students who attended classes at the YEE in London received a scholarship to travel and attend a Turkish summer school hosted in Turkey.

The institute has also taken important steps to expand its educational and cultural activities by signing a cooperation protocol with Trinity College Dublin, one of the world’s influential universities. As part of the agreement, the institute will be conducting several activities and research mainly in relation to Turkish language instruction, culture and arts. It has also partnered up with the University of Cambridge to provide Turkish courses at the world-renowned university's language center.

Through cultural diplomacy, the institute aims to increase awareness of Turkish culture and support the learning of the Turkish language to stimulate greater exchange in the fields of arts, culture, science and education.