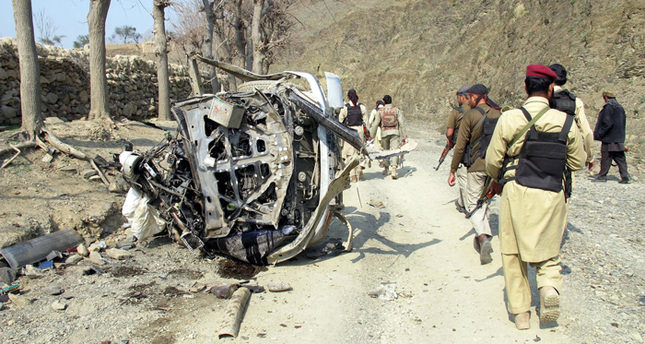 Negotiations that fell apart on Feb. 6, revived peace talks resumed after Taliban receives what is said were government assurances it would not be attacked

Pakistan - The Pakistani Taliban announced Saturday that the group will observe a one month ceasefire as part of efforts to negotiate a peace deal with the government, throwing new life into a foundering peace process.

Spokesman Shahidullah Shahid said in a statement emailed to reporters that the top leadership of the The Pakistani Taliban on Saturday announced a one month ceasefire aimed at reviving peace talks after receiving what it said were government assurances it would not be attacked.

"Tehrik-e-Taliban Pakistan has initiated talks with the government with sincerity and for good purpose," Shahid said, referring to the group by its formal name.

The leader of the government's negotiating team, Irfan Sadiqui, praised the ceasefire announcement while speaking on Pakistan's Geo Television, saying the government will review any written document from the Taliban about it.

"Today, we are seeing a big breakthrough," Sadiqui said.

The announcement comes as Pakistan jets and helicopters struck militant hideouts in the northwest in recent weeks after previous efforts at negotiations broke down when a militant faction announced it had killed 23 Pakistani troops. Tens of thousands of people have died in militant attacks.

Prime Minister Nawaz Sharif long has promoted negotiations over military operations as a way to end the ongoing crisis. His efforts gained speed this year when both sides announced negotiating teams held initial meetings. But after the deaths of the 23 Pakistani troops, the negotiations fell apart.

However, violence earlier Saturday showed how difficult it could be for the Taliban enforce a cease-fire, let alone for the two sides to forge a peace agreement.

Police official Nawabzada Khan said the first of the two bombs struck an escort vehicle in the Lashora village of Jamrud tribal region in Khyber Pakhtunkhwa province. It wounded six officers, but caused no deaths, he said.

Minutes later, another roadside bomb struck a convoy of tribal police officers dispatched there to transport victims of the first attack, killing 11 officers and wounding six, Khan said. A government administrator, Nasir Khan, confirmed the death toll and said they had launched a massive hunt to arrest the attackers.

No one claimed responsibility for the two separate bombings, but anti-polio teams and their guards have been frequently targeted in Pakistan by ıslamic militants. They say the campaigns are a tool for spying and claim the vaccine makes boys sterile.

Pakistan is one of the few remaining countries where polio persists. In most cases the disease is found in the northwest, where militants make it difficult to reach children for vaccination.

In a statement, it said the soldiers were traveling through the border village of Washuk when a bomb hit their vehicle.

Washuk lies 400 kilometers (240 miles) south of Quetta, the capital of Baluchistan province, where separatists have been fighting a bloody insurgency against the Pakistani government for decades.