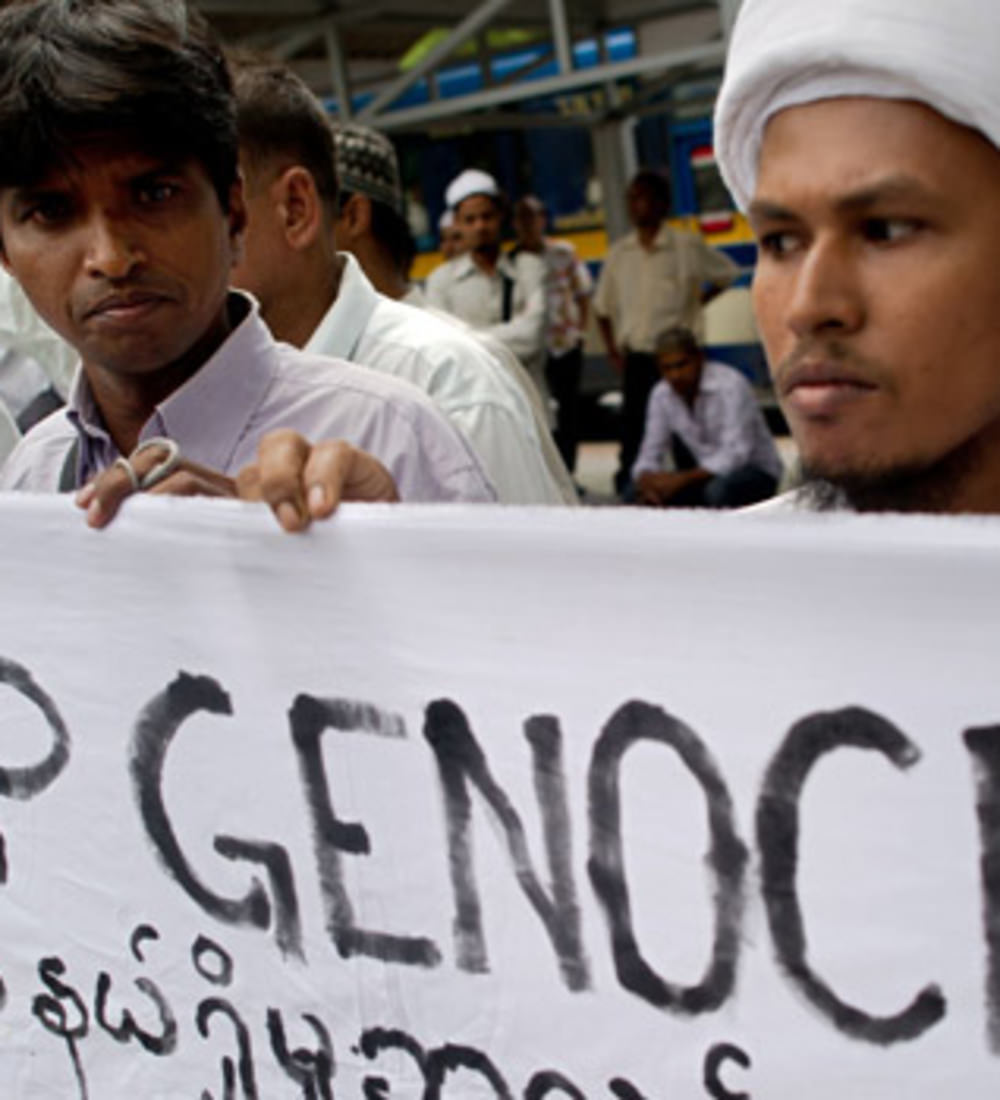 Human Rights Watch says if had to choose between Myanmar government report and UN one, would rather believe the UN

SITTWE, Myanmar - A Myanmar government commission has rejected United Nations' claims that an anti-Muslim massacre took place in the west of the country in January.

The investigation into violence in the country's Rakhine State earlier this year, claims that there is no evidence of any Muslim deaths, despite U.N. claims to the contrary.

In January the U.N. said it had evidence that at least 48 Muslims were killed when Buddhist mobs attacked a village in Rakhine. It called on the government to carry out a swift, impartial investigation and to hold those responsible accountable.

The report echoes a position the Myanmar government has taken since the claims first emerged from Du Chee Yar Tan, a village of some 4,000 people in Maungdaw Township, near the Bangladesh border.

The commission interviewed 175 residents in mid-February, and was chaired by Thar Hla Shwe of the Myanmar Red Cross Society.

Speaking at a press conference in the Myanmar capital, Rangoon, he said: "Where are the bodies? Where are the dead bodies buried? Nobody could tell us."

Kyaw Yin Hlaing, an advisor to Myanmar's President Thein Sein and the secretary of the commission, said that conflict had taken place after a Rakhine Buddhist police officer went missing, but denied that anyone had died other than the policeman.

The U.N. believes that after the officer disappeared, security forces carried out raids on homes owned by Rohingya, a largely stateless group of Muslims who live in Rakhine.

The raid was ostensibly to find the officer, but descended into a massacre involving security forces and Rakhine villagers, according to the U.N.

"If I had to choose between believing a Myanmar government report and a U.N. report, I would rather believe the U.N. one," Phil Robertson, the deputy director for Asia at Human Rights Watch told the Anadolu Agency on Wednesday.

He added that the Myanmar government's commission "has been established long after the fact and has worked in a way which is neither transparent nor credible."

"I would like to see under what conditions the interviews were done. For instance, whether they interviewed Rohingya villagers in the presence of security personnel," he said.

The Rohingya are denied citizenship and erroneously described by Myanmar's government as "Bengalis," reflecting the widespread myth that most are illegal immigrants from Bangladesh.

The report also recommended that Rohingya be granted citizenship so they can administer their own communities.

A 1982 citizenship law is regarded by Human Rights activists in the region as a tool used to strip Rohingya of their citizenship rights.

But Hlar Shwe said that many Rohingya would become citizens if the law were implemented properly.

Robertson told AA Wednesday that under the law "the number of eligible Rohingya would be very small."