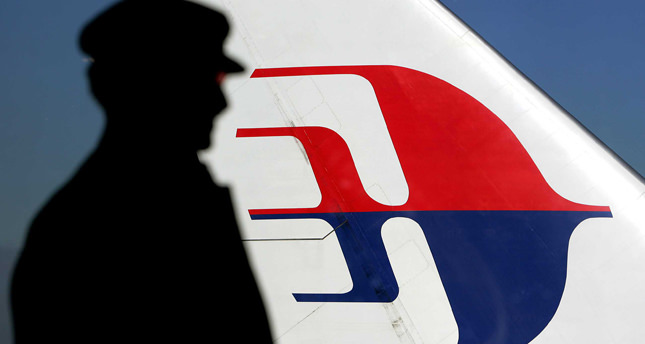 KUALA LUMPUR – Australia took the lead Monday in searching for the missing Boeing 777 over the southern Indian Ocean as Malaysia requested radar data and search planes to help in the unprecedented hunt through a vast swath of Asia stretching northwest into Kazakhstan.

Investigators say the Malaysia Airlines jet carrying 239 people was deliberately diverted and its communications equipment switched off shortly after takeoff during an overnight flight from Kuala Lumpur to Beijing on March 8. Suspicion has fallen on anyone aboard the plane with aviation experience, particularly the pilot and co-pilot.

Malaysian police confiscated a flight simulator from the pilot's home Saturday and also visited the home of the co-pilot, in what Malaysia's police chief Khalid Abu Bakar later said was the first police visits to those homes. The government issued a statement Monday contradicting that account by saying that police first visited the pilots' home on March 9, the day after the flight.

Malaysia's government in the meantime was sending out diplomatic cables to all countries in the search area, seeking their help with the search, as well as to ask for any radar data that might help narrow the task.

The search initially focused on seas on either side of peninsular Malaysia, in the South China Sea and the Strait of Malacca.

Over the weekend, however, Malaysia's Prime Minister Najib Razak announced that investigators determined that a satellite picked up a faint signal from the aircraft about 7.5 hours after takeoff. That meant the plane would have been somewhere on a vast arc stretching from Kazakhstan down to the southern reaches of the Indian Ocean.

Had the plane gone northwest toward Kazakhstan, it would have crossed over countries with busy airspace, and some experts believe the person in control of the aircraft would more likely have chosen to go south. However, authorities are not ruling out the northern corridor and are eager for radar data that might confirm or rule out that path.

Australian Prime Minister Tony Abbott told parliament that he agreed to take the lead scouring the southern Indian Ocean for the "ill-fated aircraft" during a conversation Monday with Malaysia's leader.

"Australia will do its duty in this matter," Abbott told parliament. "We will do our duty to the families of the 230 people on that aircraft who are still absolutely devastated by their absence, and who are still profoundly, profoundly saddened by this as yet unfathomed mystery."

Australia already has had two AP-3C Orion aircraft involved in the search, one of them looking north and west of the remote Cocos Islands. The southern Indian Ocean is the world's third-deepest and one of the most remote stretches of water in the world, with little radar coverage.

The northern search corridor crosses through countries including China, India and Pakistan all of which have indicated they have seen no sign of the plane so far.

An official with the Chinese civil aviation authority said the missing plane did not enter Chinese airspace, but the Chinese Defense Ministry and Foreign Ministry didn't immediately respond to questions on radar information.

Indonesian officials have said the plane did not cross their territory, based on radar data. Air force spokesman Rear Mar. Hadi Tjahjanto said Monday his country's search efforts were focusing on waters west of Sumatra in the Indian Ocean.