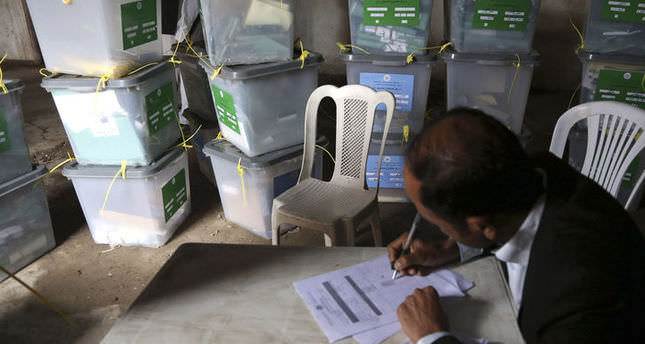 by AA
Apr 06, 2014 12:00 am
ANKARA — Turkey's Foreign Ministry praised Afghanistan's people and authorities after Saturday's presidential and provincial elections were completed without major disruptions, despite threats of violence from the Taliban.

The ministry issued a statement saying violent attacks in recent weeks and on election day had not achieved their purpose of deterring people from voting and that the turnout was a signal of confidence in the country's stability.
Approximately 60 percent of 12 million eligible voters cast their ballots, according to a statement from Afghanistan's Independent Election Commission.
Militant attacks claimed 20 lives during the elections while 89 Taliban militants were killed by Afghan security forces.

The presidential election's preliminary results will be announced on April 24 but Afghan analysts expect the final results to be reported in mid-May.
Last Update: Apr 06, 2014 5:15 pm