Russia confirms death of its most wanted 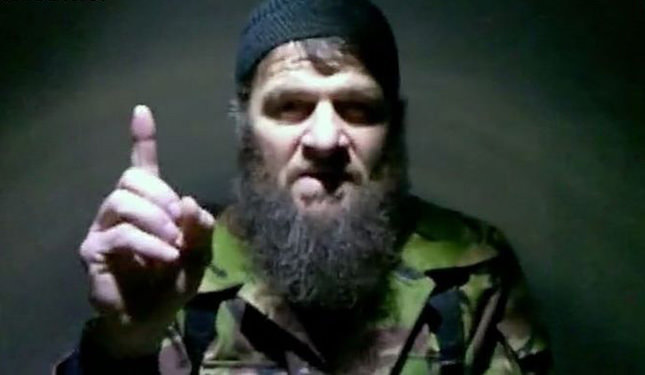 A website sympathetic to the rebellion in the North Caucasus said on March 18 that Umarov was dead but the Russian authorities had not previously confirmed the report.
Umarov's Caucasus Emirate organisation has played a leading role in the insurgency aimed at creating a parallel state in Russia's North Caucasus and says it was behind attacks in Moscow in 2010 and 2011 that killed a total of 77 people.
"As a result of a combat operation, the activity of the head of the organisation Caucasus Emirate, Umarov, was neutralised," Alexander Bortnikov, the head of the FSB, told a meeting of Russia's National Anti-Terrorism Committee (NAK).
The death of Umarov is a breakthrough for Putin in the fight against the Caucasus Emirate, which is listed as a terrorist group by the United States, although it already has a new leader who identified himself as Ali Abu Mukhammad in a video posted on You Tube.
Bortnikov gave no details of the combat operation in which he said Umarov was killed.
Last Update: Apr 08, 2014 4:41 pm