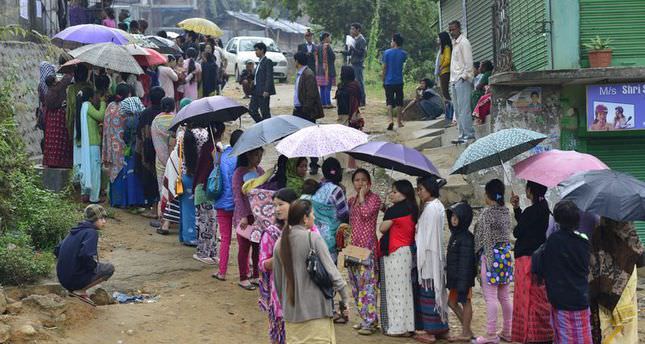 by AA
Apr 09, 2014 12:00 am
NEW DELHI — The second phase of India's parliamentary election starts Wednesday with four northeastern states going to polls for seven seats.
The Election Commission of India has made all the preparations for the month-long election in which Electronic Voting Machines (EVMs) will be used to cast votes.

815 million registered voters are expected to cast their ballots, an increase of 100 million new voters compared with the 2009 election.

This is the first national election in which India's voters have the right to reject candidates by pressing a NOTA (None of the Above) button, after a Supreme Court ruling last year.
The hotly-contested election is being fought in nine phases from April 7 to May 12 around the key issues of corruption, inflation, unemployment, anti-incumbency and secularism.
The election results will be announced on May 16.
Last Update: Apr 09, 2014 10:47 am