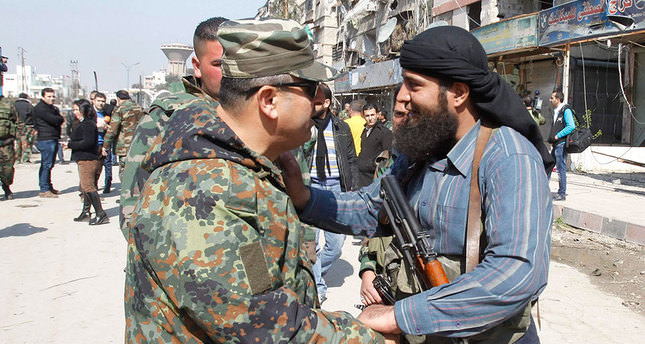 by AA Apr 09, 2014 12:00 am
ALEPPO, Syria — A temporary ceasefire has been declared between the Syrian regime and Free Syrian Army troops due to the delivery of humanitarian aid to opposition-controlled areas in Aleppo by UN Relief and Works Agency for Palestine Refugees in the Near East (UNRWA) and the Syrian Red Crescent.

Mamun Ebu Omar, an editor at Shahba Press Agency in Aleppo, told Anadolu Agency that four truckloads of humanitarian aid was transported to storages in al Basatin and Abu al Kusur by small vehicles and wheelbarrows since the roads in the area were in poor condition.

"This is a significant step. It is the first delivery of humanitarian aid to opposition-controlled areas since armed opponents gained control of al-Rashidin six months ago," he said.