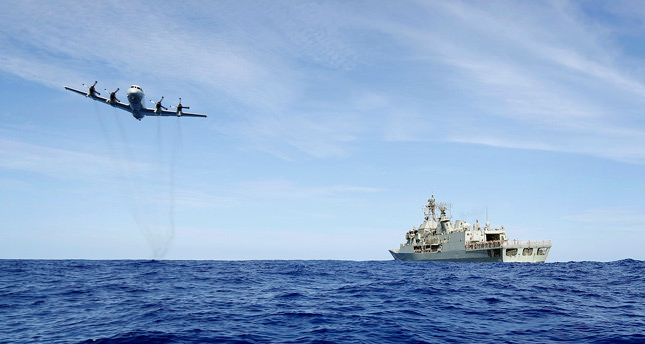 by Apr 12, 2014 12:00 am
SYDNEY — The search for a missing Malaysia Airlines jet in the Indian Ocean kept its intensity Saturday despite no new acoustic signals for three days.

Ten planes and 14 ships were out looking for traces of MH370, which went missing more than a month ago after takeoff from Kuala Lumpur en route to Beijing with 239 people on board.

"While we've a high degree of confidence the transmissions we've been picking up are from flight MH370's black box recorder, no one should underestimate the difficulties of the task still ahead of us," he was quoted as saying by Sky News in the Chinese capital.

"It's likely to continue for a long time to come."

Abbott was speaking after the Joint Agency Coordination Centre in the west-coast Australian city of Perth said no new signals had been
picked up in the previous 24 hours.

A signal was picked up Thursday near where a navy ship had monitored a possible signal from the missing Boeing 777, but it was determined to be unrelated to MH370.

The agency said none of the objects recovered in Friday's search proved to be from the lost jet.

The ship with a special signal detector remains in the search area, about 2,330 kilometres north-west of Perth.

The centre said in its latest bulletin that the ship Shield "continues more focused sweeps with the towed pinger locator to try and locate further signals related to the aircraft's black boxes."

The batteries in the plane's flight recorders have passed their estimated one-month life span, heightening the sense of urgency.