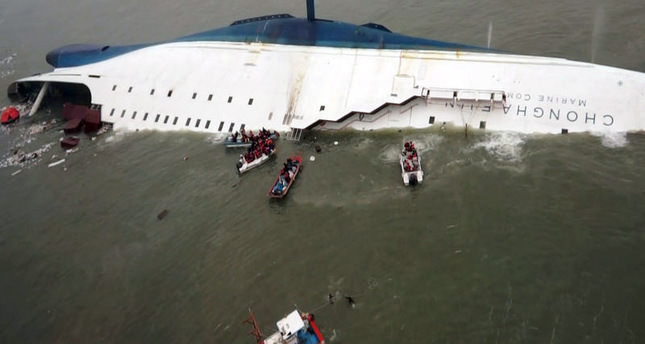 by Apr 16, 2014 12:00 am
SEOUL, South Korea — Dozens of military boats and helicopters scrambled Wednesday to rescue more than 470 people, including 325 high school students on a school trip, after a ferry sank off South Korea's southern coast, officials said. At least four died and 14 were said to have been injured.

The ferry with 476 people was sailing to the southern island of Jeju when it sent a distress call Wednesday morning after it began leaning to one side, according to the Ministry of Security and Public Administration. The government said about 95 per cent of the ship was submerged.

Two coast guard officers said that a 27-year-old woman named Park Ji-yeong died. One of the officers, who spoke on condition of anonymity citing department rules, said 168 passengers had been rescued so far, but gave no further details, including what caused the ship to sink or the conditions of the other passengers.