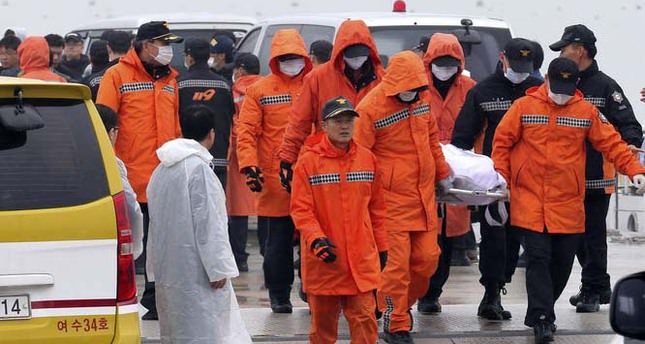 by Associated Press Apr 18, 2014 12:00 am
SEOUL – Korean police officer said that a high school vice principal who had been rescued from the sinking South Korean ferry has been found hanging from a tree.

The news of the death came today (April 18) as rescuers scrambled to find hundreds of people still missing from the ferry and feared dead. The passengers included 325 second-year students from Danwon High School heading to a southern island on a four-day trip.

A police officer said the vice principal, identified only by his surname Kang, was found dead on the island of Jindo where rescued passengers have taken shelter. The officer spoke on condition of anonymity citing department rules. He did not elaborate. The ferry sank on Wednesday.

Officials have confirmed 28 deaths but that number is expected to rise sharply. About 270 people are missing.