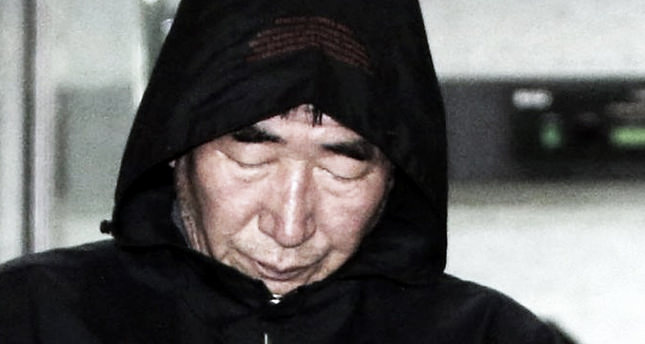 by Anadolu Agency Apr 19, 2014 12:00 am
SEOUL — The captain of a ferry that capsized off the coast of South Korea leaving more than 200 children dead or missing has apologized to the families of the victims.

Addressing journalists, Ferry captain Lee Joon-Seok Lee said: "I am sorry to the people of South Korea for causing a disturbance and I bow my head in apology to the families of the victims.

"I gave instructions regarding the route, then I briefly went to the bedroom and then it happened.

Oh Yong-Seok, a helmsman on the ferry, said when the crew sent a distress call, the ship was already listing more than five degrees.

Divers trying to find the missing have seen more bodies inside the submerged vessel but have been unable to reach them.
The discoveries of the bodies came as it emerged the third mate steering the ferry at the time of the accident was navigating the waters for the first time.