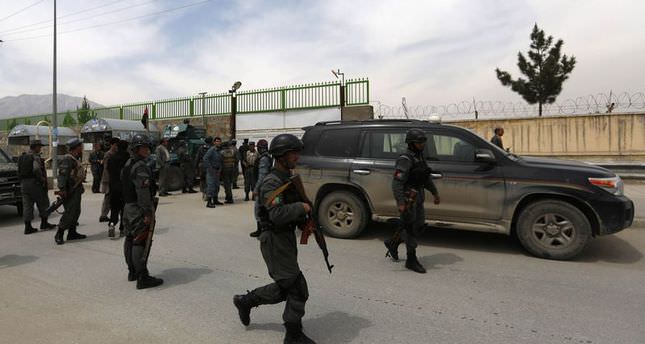 by Associated Press
Apr 25, 2014 12:00 am
KABUL — An Afghan security guard opened fire on the medical staff at a Kabul hospital yesterday morning and killed three foreigners, including at least one doctor, police said.

The attack at the Cure Hospital in western Kabul was the latest incident in which Afghan security forces have targeted foreigners.

District Police Chief Hafiz Khan said the guard suddenly turned his weapon on the staff he was supposed to be protecting and started shooting. One other person was also wounded in the spray of bullets.

The shooting was the latest to target foreign civilians in Afghanistan, where in the past the Taliban had mostly confined their attacks to foreign military personnel and Afghan security forces. In January, an attack on a popular Kabul restaurant with suicide bombers and gunmen killed more than a dozen people, while in March gunmen slipped past security at an upscale hotel in the Afghan capital and killed several diners in its restaurant.

The hospital shooting is also the second "insider attack" to target foreign civilians this month.