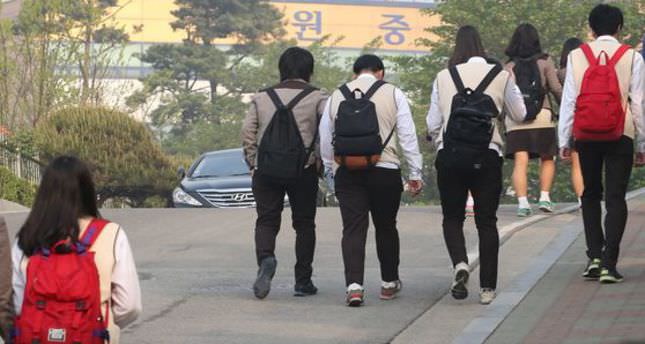 by Apr 25, 2014 12:00 am
ANSAN,South Korea — Senior classes resumed yesterday at the South Korean high school devastated by the loss of about 250 students in a ferry disaster that has made the school a focus of profound national grief. The final-year students from Danwon High School in the city of Ansan just south of Seoul returned to their classrooms which have remained empty since the ferry carrying 325 students on a school trip to the southern resort island of Jeju capsized and sank on April 16. Across the road from the school, thousands of people paid their respects for a second day at a special memorial to the student victims in an indoor sports stadium. More than 12,000 mourners visited the memorial when it opened on Wednesday. Danwon High students made up the vast majority of the 476 people on board the Sewol ferry and an even larger portion of the victims.