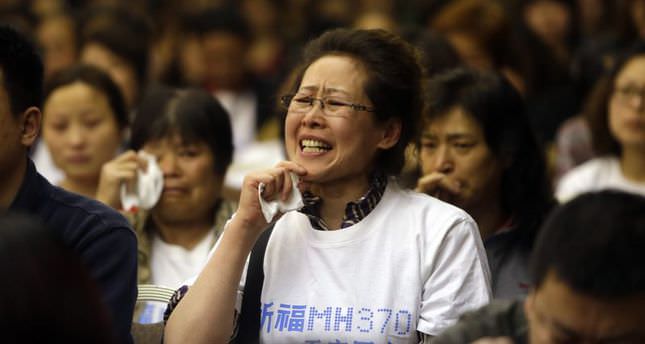 by Anadolu Agency
Apr 25, 2014 12:00 am
SYDNEY — The search for missing Malaysia Airlines Flight MH370 is likely to drag on for years, a senior U.S. defense official told reporters on Friday, as an underwater search for any trace of the plane's wreckage off west Australia appeared to have failed.

The official, speaking under condition of anonymity because he was not authorized to comment on the search effort, said two weeks of scouring the Indian Ocean floor with a U.S. Navy submersible drone had turned up no wreckage.

He said the search for the jetliner, which vanished on March 8 with 239 people on board, would now enter a much harder phase of scouring broader areas of the ocean near where the plane is believed to have crashed.

Meanwhile, Malaysia said on Wednesday it will release next week a preliminary report into the disappearance of Malaysian Airlines flight MH370, as the government continues to face criticism over its handling of the investigation.