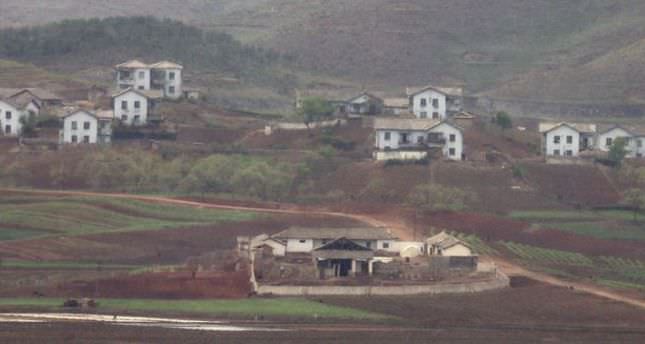 by Associated Press Apr 30, 2014 12:00 am
SEOUL — North Korea conducted live-fire artillery drills near its disputed western sea boundary Tuesday, South Korean military officials said, in a possible indication of rising frustration in Pyongyang as it pushes unsuccessfully for outside aid.

Both Koreas conduct such drills routinely, but they can be sensitive because North Korea doesn't acknowledge the U.N.-drawn sea boundary near South Korean islands and the North Korean mainland in the Yellow Sea.

On the frontline Yeonpyeong Island, motel owner Kim Oh-mok said she went to a shelter with other residents after hearing a broadcast telling her to do so. But she didn't hear the sound of artillery fire. Ongjin county official Hwang Young-mi said later that island residents were later told they could return home. Analysts have said Pyongyang's announcements about such drills are driven by frustration that the country has achieved little in a recent push to win outside aid.The sea boundary was drawn without Pyongyang's consent at the close of the 1950-53 Korean War, which ended with a truce, not a peace treaty, leaving the peninsula still technically in a state of war. North Korea argues the line should run farther south. A year after threatening each other with war, the Koreas had restored some trust and held reunions earlier this year of families divided by the war. But ties have since steadily soured. Pyongyang this week made a sexist rhetorical attack on President Park Geun-hye, calling her to a "despicable prostitute."

North Korea test-fired two medium-range ballistic missiles in March and held a series of shorter-range rocket launches to protest annual military drills by the U.S. and South Korea. South Korean officials also think the North could be preparing for its fourth nuclear test.
Tuesday's artillery drills occurred while South Korea copes with the tragedy of a ferry sinking in which more than 300 people are dead or missing.