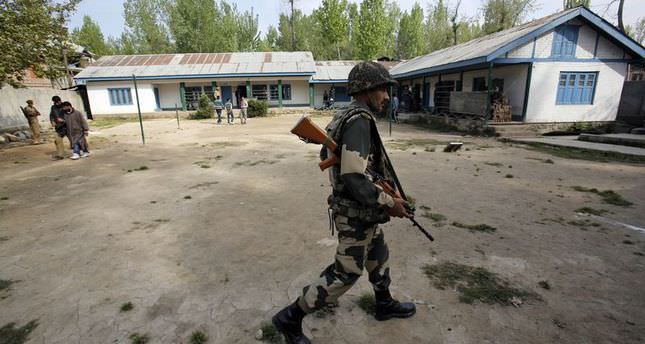 by May 02, 2014 12:00 am
GUWAHATI, India — Suspected tribal rebels in India shot dead 11 Muslims, including two women, in attacks in the northeastern tea-growing state of Assam where tension has run high during an election, officials said on Friday.

Police said they suspected the militants behind the overnight killings were members of the Bodo tribe.

"The gunmen entered the house and shot them dead on the spot," a senior police officer in the state capital, Guwahati, with knowledge of the investigation told Reuters.

He was referring to an incident in which the militants shot dead three members of a family, including two women, while wounding a baby. In a second attack, eight people were killed by a group of guerrillas.

Bodo people have frequently clashed with Muslims they say have illegally entered from neighboring Bangladesh and encroached on their ancestral lands near the Himalayan kingdom of Bhutan.

Voting was held over several days in Assam to help security forces handle any violence from several separatist and tribal militant groups active in the state. Polling in the Bodo region ended on April 24, in what residents say was a tight race between a Bodo and a non-tribal candidate.