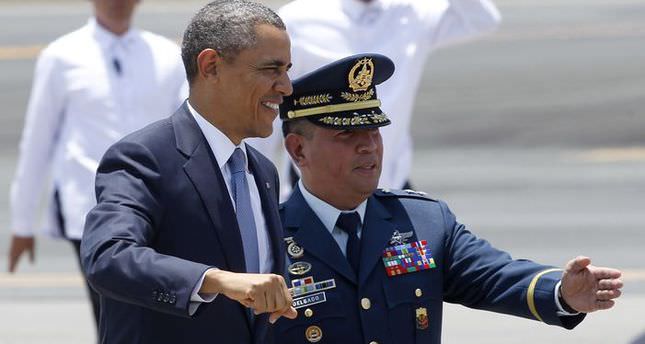 by reuters
May 02, 2014 12:00 am
MANILA — Up to five Philippine military bases will be made available for U.S. forces to rotate aircraft, ships, equipment and troops, Manila's chief negotiator of a new security pact said on Friday, as the Philippines looks to counter China's rising power in the region.

A new 10-year military agreement, which also covers storage of equipment for maritime security and humanitarian assistance, was signed with the United States last week, hours before President Barack Obama arrived for a two-day visit to Manila.