'We owe it to the families' 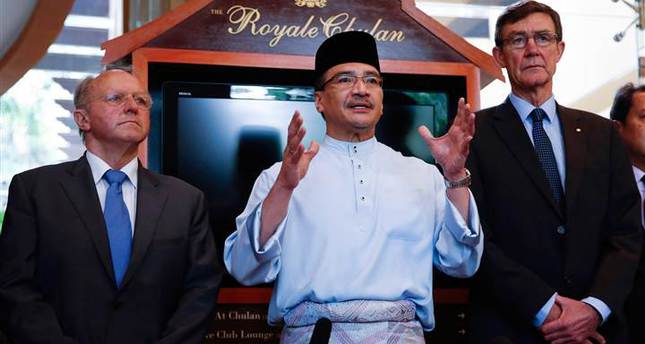 Malaysia's acting transport minister said Friday he is convinced the missing Boeing 777 jetliner will be found, but huge challenges still lie ahead

MALAYSIA – "I believe that we will find MH370 sooner or later," Hishammuddin Hussein said at a news conference in Kuala Lumpur.

The next steps include adding new partners, experts and assets to an already massive and wide-ranging international search operation, the minister said.

The fate of the jetliner remains a mystery

On Thursday, Malaysia released a comprehensive account of what happened to missing Flight MH370, revealing the confusion that ensued once the jetliner veered off course.

The Malaysian government has come under harsh criticism for its handling of events surrounding the plane on and after March 8, when the Malaysia Airlines flight from Kuala Lumpur to Beijing disappeared with 239 passengers and crew on board.

Angus Houston, head of the search effort off Australia's west coast, said at Friday's news conference that the search for the plane may take eight to 12 months.

"We're totally committed…to find MH370, and I'm confident -- with an effective search -- we will eventually find the aircraft," Houston said, adding: "We owe it to the families and I think we owe it to the flying public around the world."