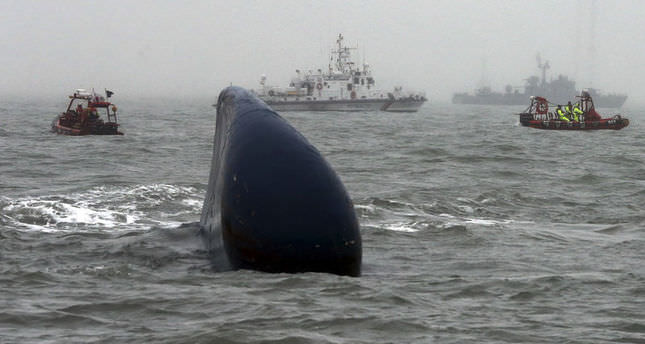 by AA May 06, 2014 12:00 am
SEOUL — A South Korean diver searching sunken ferry the Sewol died Tuesday after falling unconscious during a dive.

The man lost contact with colleagues 5 minutes after entering 25-meter deep water while attempting to search for the bodies of the 40 people still believed to be trapped inside the vessel.

The ferry sank April 16 with 476 people on board – mostly high school students - on route from Incheon port off the nation's southwestern coast to the resort island of Jeju.