Detained US citizen in Pakistan turns out to be FBI agent 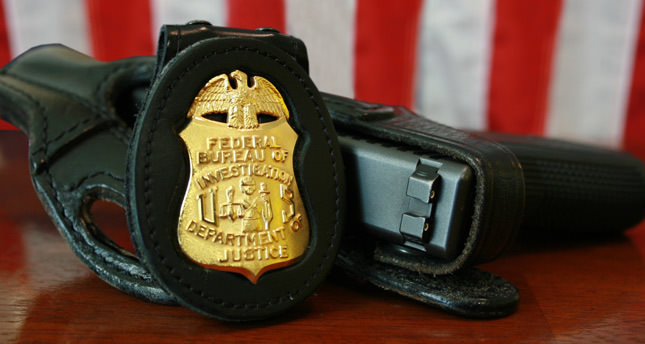 by AA May 07, 2014 12:00 am
ISLAMABAD, Pakistan — A U.S. citizen taken into custody for carrying ammunition onto a flight on Monday has turned out to be an FBI agent, a Pakistani intelligence official told Anadolu Agency on Wednesday.

Joel Cox, a U.S. national, who was booked on an Islamabad-bound flight from Karachi, was detained by Pakistan's airport security agency after they recovered a 9mm pistol and 15 bullets from his luggage.

"Joel Cox is an FBI agent who has been deputed in Pakistan a few months ago," the official said wishing not to be named. Senior Pakistani and U.S. officials as well as the U.S. media claim that Cox is a FBI agent.

The U.S. embassy in Islamabad, however declined to comment saying that it is in contact with Pakistani authorities to resolve the issue.

Andrew Armstrong, a spokesman for U.S. Consulate Karachi told Anadolu Agency that the embassy could not reveal the personal details of a U.S. national due to its privacy act.

Local media quoting foreign office sources reported that the U.S. embassy has declared Cox as its employee with a view to seeking diplomatic immunity for him. A Pakistani court has already remanded Cox to the police until May 10.

Cox is the second U.S. intelligence agent detained by Pakistani authorities since the so-called war on terror began. A CIA agent Raymond Davis was arrested for killing three Pakistanis in northeastern Lahore city in March 2011, and was later released.
Last Update: May 07, 2014 5:46 pm
RELATED TOPICS