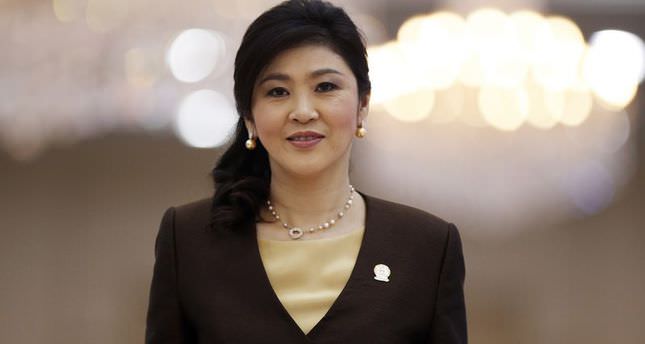 by AA May 07, 2014 12:00 am
BANGKOK —Thailand's embattled prime minister was unseated from her post Wednesday after the country's Constitutional Court found her guilty of abuse of power.

The charge against Yingluck Shinawatra referred to the 2011 transfer of a high ranking civil servant for her personal benefit.

"The administrative process followed for the transfer is suspicious and this unusual transfer benefited a Prime Minister relative," said the judge while reading the decision in a packed court.

Yingluck was accused of moving the civil servant to a powerless adviser position in order to appoint the brother of former Prime Minister Thaksin Shinawatra's ex-wife to the position of police chief. Thaksin, who led the country from 2001 until 2006 until he was overthrown in a coup, is Yingluck's elder brother.

In a testimony to the court Tuesday, Yingluck said that the transfer did not benefit her family as Thaksin had already divorced his wife at the time of the transfer.

But the court judged otherwise Wednesday, considering the transfer of the civil servant "a dishonest act."