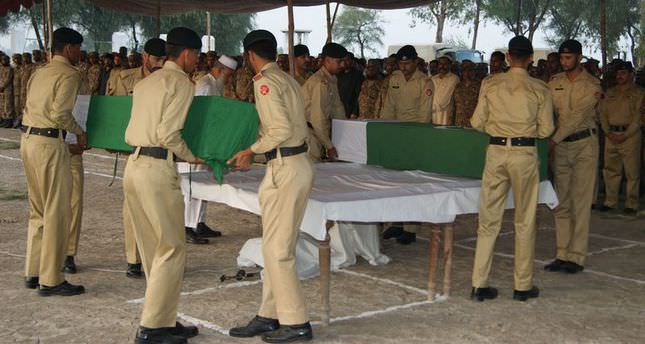 by May 08, 2014 12:00 am
PESHAWAR, Pakistan — A bomb planted by suspected Taliban insurgents ripped through a truck carrying troops in Pakistan's tribal region on Thursday, killing nine soldiers and wounding more than a dozen, officials said, with the death toll expected to rise.

The daylight attack, one of the biggest on Pakistani security forces in months, deals a major blow to the army at a time when Pakistan is already under strong U.S. pressure to do more to contain the insurgency on its western frontier.

The army said the bomb was planted in a truck carrying soldiers of the paramilitary Frontier Corps. It exploded as it was moving along the Afghan border where many al Qaeda-linked militant groups are holed up.