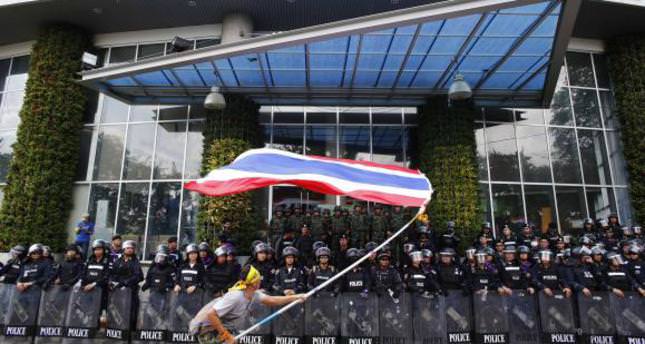 BANGKOK — Thai police fired teargas on Friday at royalist protesters bent on bringing down a caretaker government after a court threw Prime Minister Yingluck Shinawatra out of office and an anti-graft agency indicted her for negligence.

Yingluck's Puea Thai Party still runs the interim government and is hoping to organize a July 20 election that it would probably win, but the protesters want the government out, the election postponed and reforms to end the influence of Yingluck's brother, former premier Thaksin Shinawatra.

Protest leader Suthep Thaugsuban, speaking to supporters in a city park, urged them to rally outside parliament, the prime minister's offices and five television stations to prevent them being used by the government.