Last phase of voting kicks off in India's national election 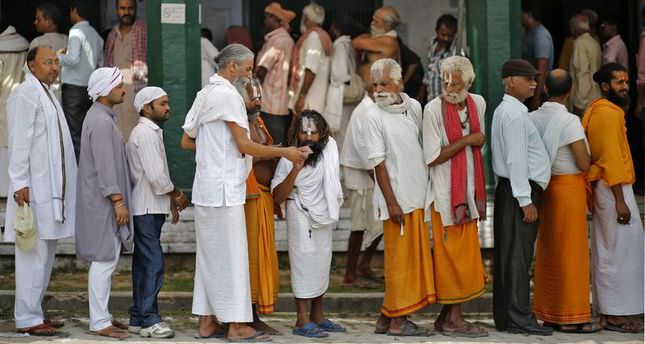 by AA May 12, 2014 12:00 am
NEW DELHI — India's national election will enter its ninth and final phase of voting when three states go to the polls for 41 parliamentary seats on Monday.

The world's biggest and longest running democratic election for India's lower house of parliament will come to an end after voting takes place in 41 constituencies in Uttar Pradesh, India's biggest and most populous state, Bihar and West Bengal.

The last and the most crucial phase of the six-week long national election will see political heavyweights like the Bharatiya Janata Party's prime ministerial candidate Narendra Modi take on popular anti-corruption Aam Aadmi Party leader Arvind Kejriwal in the town of Varanasi in Uttar Pradesh. However, the Congress party's vice-president, Rahul Gandhi, held a massive roadshow in support of the party's candidate, Ajay Rai, Saturday, the last day of campaigning.

Elsewhere three polling booths in Muzzaffarnagar in Uttar Pradesh will hold fresh polls after complaints of irregularities were received from a regional party candidate.

The election result will be declared Friday May 16 when a single-day pan-India counting session is scheduled to take place.