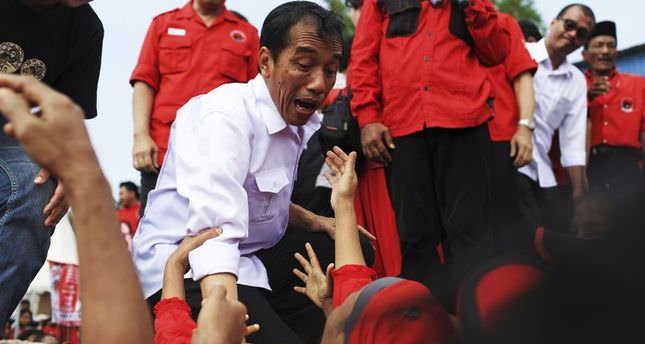 JAKARTA — The runner-up in Indonesia's election joined forces Wednesday with the country's National Mandate Party (PAN) to field a candidate in the 2014 presidential vote.

With Gerinda finishing 3rd in last month's legislative elections with 11.75 percent, the party needed coalition partners to meet the 25 percent threshold which would allow it to field party chairman Prabowo Subianto as its candidate in the July 9 election.

Prabowo is a businessman, politician and a one-time special-forces commander during the New Order era, when Indonesia was a military dictatorship governed by Suharto until May 1998.

Both parties claimed the decision was not based on self-interest, but on a shared platform.

"This is about values.... [the values that] struggle to advance the nation," PAN Chairman Hatta Rajasa - and Subianto's running mate - said in Jakarta.

Rajasa is a close confidante of president Susilo Bambang Yudhoyono, forced to step down in July having met the two term, 10-year limit.
Hatta - a former coordinating minister for the economy - said the decision is based on a shared platform.

Former special forces operative Prabowo denied that seats as vice president and secretary were determining factors in PAN's decision.
Gerinda and PAN are expected to be joined in their coalition by the United Development Party (PPP) and the Prosperous Justice Party (PKS).

PKS spokesman Mardani Ali Sera said that his party had not opposed the election of Rajasa as vice presidential candidate.

"Whoever is chosen as Pak [sir] Prabowo's running mate we will support," Mardani told website Tempo.co.

Also in Jakarta Wednesday, Indonesian Democratic Party of Struggle Chair Megawati Sukarnoputri - the daughter of ex-president Sukarno - endorsed her party's coalition with the National Awakening Party (9 percent) and Nasdem - a new party that won 6.72 percent of the April 9 vote.

The party announced Joko "Jokowi" Widodo as its candidate March 14.

The PDI-P is still to name the popular governor of Jakarta's running mate, however former Golkar Party chairman Jusuf Kalla has been touted as a possible number two.

Amir Shamsuddin, a senator for the former ruling Democrat party, said Tuesday that his party had nominated the governor of Yogyakarta, Sri Sultan Hamengkubowono X, as its candidate.