US, Vietnam look to improve ties as anti-China riots kill 20 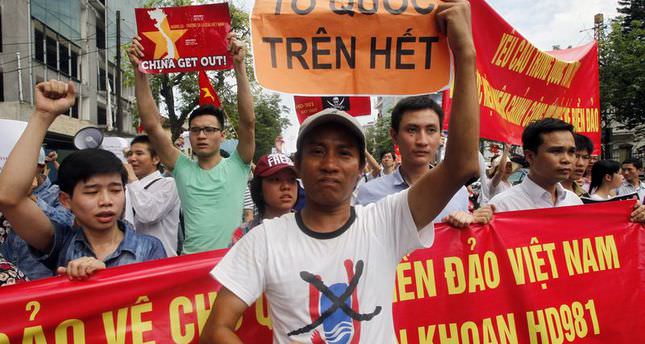 HANOI/MANILA — The U.S. navy renewed calls on Thursday for more ship visits to Vietnam against the backdrop of a dramatic breakdown in relations between Vietnam and its giant neighbour, China.

The Seventh Fleet, which guards U.S. interests in the Pacific, restated its desire for stronger naval ties with Vietnam in a statement sent to Reuters, just as Hanoi looked to be running out of options in its territorial row with Beijing.

Anti-China riots broke out this week in Vietnam, killing more than 20 people and setting fire to factories perceived to have been Chinese-owned, after China towed a giant oil rig into waters claimed by both nations in the South China Sea.

"We are interested in engaging with all our partners in the South China Sea and would welcome increased port visits with Vietnam," fleet spokesman Commander William Marks said in an emailed response to questions about U.S. naval relations with Vietnam.

The United States and Vietnam have been gradually deepening military ties in the face of what they perceive as Chinese expansion in the South China Sea, but Hanoi has so far limited U.S. port calls to one visit of up to three ships each year.

Vietnamese military officials say they are intensifying talks with U.S. counterparts over deeper naval engagement, but are sensitive to China's reaction to this development.

"We're talking to U.S. but it is too early to say how the tensions now will change our approach," one Vietnamese military source said. "We have a lot to consider."

Alarmed at China's military rise and territorial assertiveness, Vietnam has broadened a host of military relationships in recent years, most notably with its Cold War-era patron, Russia, and India.

Vietnamese military officials also keep close ties with the Philippines, which is also locked in a worsening territorial dispute with China in the South China Sea.

China and Vietnam fought a brief but bloody border war in 1979, and clashed at sea in 1988, when China occupied its first holdings in the strategic Spratly islands.