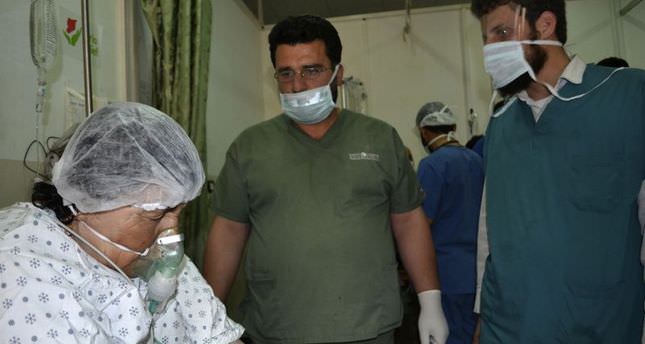 by May 16, 2014 12:00 am
BEIJING — China's biggest arms maker said on Friday it had never exported any chlorine gas or cylinders to Syria after reports that chlorine gas cylinders used in a suspected toxic gas attack bore the arms giant's name, "Norinco".

China North Industries Group Corporation, or Norinco, said the logo printed on the canister was not the same as its standard engraving. It also said it reserved the right to take legal action against anyone who issued false reports about its activities.

"Norinco is greatly concerned about the incident of chlorine gas attack in Syria as well as its aftermath and has since looked into all our past contracts and historical files," a statement said. "Norinco would hereby solemnly declare, based on our investigations, that we never exported any chlorine gas or its cylinders to Syria."

Opposition activists in the rebel-held village of Kfar Zeita in the north of Syria's Hama province uploaded a video of people choking and being fed oxygen after what they said were bombs dropped from helicopters on April 11 and 12.

Further footage showed a partially exploded canister bearing the chemical symbol for chlorine along with Norinco's name. Reuters could not independently verify the authenticity of the videos.

China's Foreign Ministry has said that it believes Norinco did not violate any international conventions.

China has said it opposes both the production and use of chemical weapons, abides by its non-proliferation obligations and strictly controls experts of dual-use items including sensitive chemicals.