Thai PM rules out resigning as protesters move to oust him 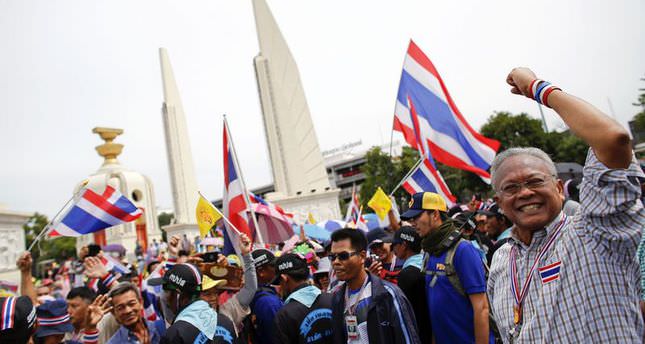 by May 19, 2014 12:00 am
BANGKOK — Thailand's acting prime minister on Monday ruled out resigning as a way out of a protracted political crisis that is stunting economic growth, as anti-government protesters stepped up pressure to remove him and install a new administration.

Thailand is stuck in political limbo following the dismissal of Prime Minister Yingluck Shinawatra and nine of her ministers on May 7 after a court found them guilty of abuse of power.

Six months of turmoil that has included violent protests and a disrupted general election is dragging down Southeast Asia's second biggest economy, which shrank 2.1 percent in the first quarter of the year.

Commerce Minister Niwatthamrong Boonsongphaisan has replaced Yingluck as caretaker prime minister, but the anti-government protesters say he has no legal standing and they want a "neutral" government to push through reforms.

Niwatthamrong met members of the Senate, which is trying to come up with a way out of the deadlock, but he told them he would not resign.

"The current cabinet is legal in every way ... it must stay until a new cabinet of ministers is elected in. We cannot install another prime minister while we have an acting one in place," Niwatthamrong said in statement following the meeting.

Thailand has not had a functioning lower house of parliament since Yingluck dissolved parliament in December.

Bangkok is the scene of a tense stand-off between government supporters loyal to Yingluck and her brother, ousted former Prime Minister Thaksin Shinawatra, and opposition demonstrators drawn from Bangkok's middle class and royalist establishment.

The upper house Senate, the country's only remaining legislative body, says it could select an interim prime minister but it wants the caretaker government to step down first.

That has incensed protest leader Suthep Thaugsuban, who wants the caretaker government removed right away.