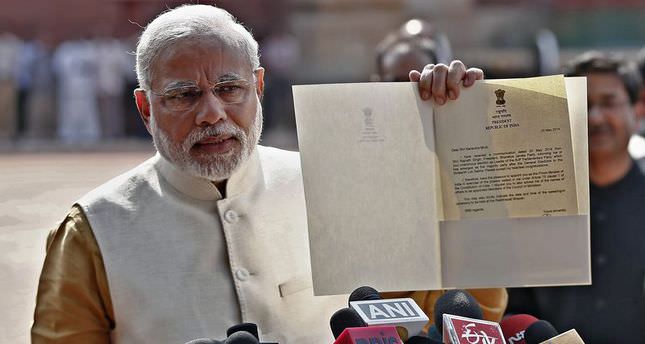 by May 21, 2014 12:00 am
NEW DELHI — A spokesman for India's next prime minister says he plans to invite the leader of rival Pakistan to his inauguration along with other South Asian leaders.

The decision by Prime Minister-elect Narendra Modi could signal an intent to improve ties with Pakistan. India and Pakistan have fought three wars since their independence from Britain in 1947.

Nirmala Sitharaman, a spokesman for Modi's Bharatiya Janata Party, said the External Affairs Ministry will formally issue invitations to all the leaders in the region in coming days.

Modi, who led the BJP to a landslide victory in recent elections, will be sworn into office on Monday.

Pakistani Prime Minister Nawaz Sharif called Modi to congratulate him after his victory.