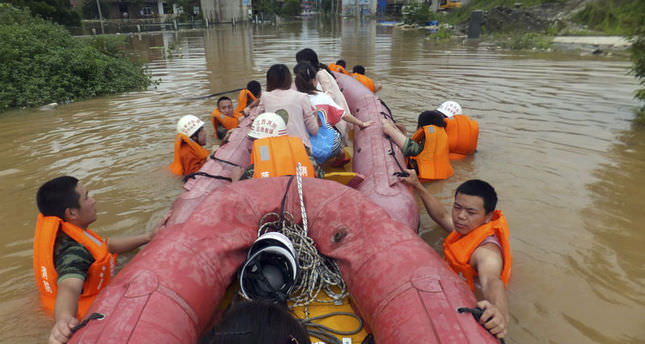 by AA May 27, 2014 12:00 am
BEIJING — Floods due to heavy rain in China over the last week have resulted in the deaths of 37 people, according to the Chinese news agency Xinhua.

Twelve of the deaths were in Hunan province located in south-central part of the country.

Over three thousand houses were damaged in eight cities in Hunan province and many highways collapsed due to landslides - over a million people have been affected, say the Chinese news agency.