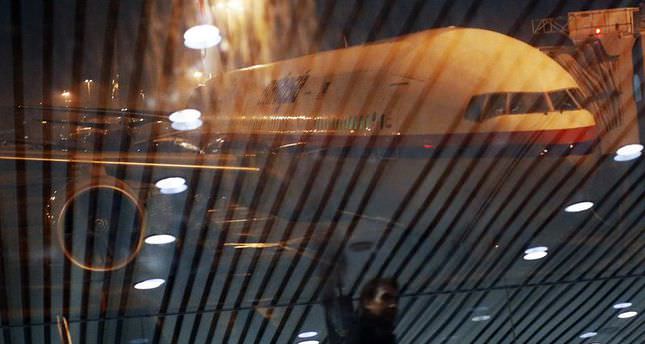 by French Press Agency - AFP
May 27, 2014 12:00 am
KUALA LUMPUR, Malaysia — The Malaysian government on Tuesday released 45 pages of raw satellite data it used to determine the flight path of the missing jetliner, information long sought after by some of the relatives of the 239 people on board the plane.

More than three months after the plane went missing en route to Beijing, no trace of it has been found, leading to continued speculation over its fate.

An international investigation team led by Malaysia has concluded that it flew south after it was last spotted on Malaysian military radar about 90 minutes after takeoff and ended up in the southern Indian Ocean off Australia. This is based on complex calculations derived in part from hourly transmissions between the plane and a communications satellite.

Some family members who have been critical of the Malaysian government's handling of the incident say they want independent experts to review the data. Several experts in physics, satellite technology and mathematics have said that based on the information released so far they have been unable to verify the investigation team's conclusions.

The Associated Press is asking experts to review the technical data, which was released Tuesday to family members and then to the media. Last week three said they were hopeful that the data might answer some of their questions, but also raised the possibility that uncertainty might remain.

The plane disappeared from commercial radar soon after taking off on March 8 over waters between Malaysia and Vietnam. A search effort was initially focused there but gradually shifted to the west of peninsular Malaysia. Authorities say they believe the plane was deliberately diverted from its flight path, but without finding the plane or its flight data recorders have been unable to say with any certainty what happened on board.

The Malaysian government made several statement about the plane that were later proven to be false or contradictory, fuelling a perception that it was incompetent or - in some quarters - covering up what happened. The government insists it is being transparent in what has been an unprecedented incident.