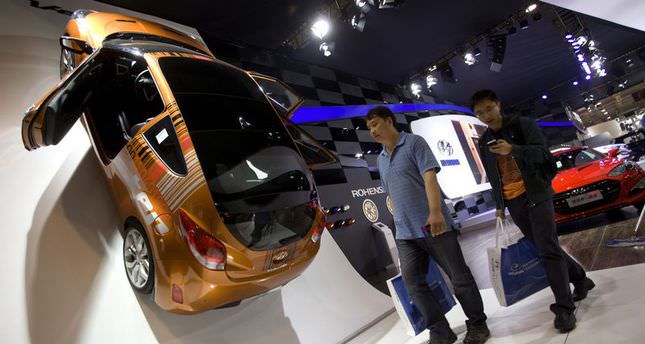 by Jun 03, 2014 12:00 am
BEIJING — Signs of an economic revival in China have raised hopes that Beijing's targeted measures to bolster growth are having an impact but a slowdown in the euro zone will increase expectations of policy easing there.

Chinese factory activity expanded at the fastest pace in five months in May but euro zone manufacturing growth slowed more than initially thought, fuelling expectations that the European Central Bank will ease policy this week.

U.S. manufacturing growth probably accelerated in May, a report from the Institute for Supply Management (ISM) is expected to show later on Monday.

Markit's final Manufacturing Purchasing Managers' Index (PMI) for the euro zone slipped to a six-month low of 52.2 in May from April's 53.4 as strong figures from Germany failed to offset a contraction in activity in France.

Inflation in the 18 nations using the euro is predicted to have held steady at just 0.7 percent in May, well within the ECB's "danger zone" of below 1 percent and also below its preferred 2 percent ceiling.

A key measure of German inflation, due later on Monday, is expected to have fallen in May.

Germany is Europe's largest economy and again supported the tepid overall growth but in France, the bloc's second-largest, the

PMI sank back below the 50 mark after just two months of expansion.

In non-euro using Britain manufacturing activity kept expanding at a rapid pace in May, suggesting the economic recovery has lost little of its shine this quarter.

The reassuring Chinese factory data and another record high for Wall Street lifted world stocks and commodities on Monday, although markets are waiting to see how far the ECB will go with policy easing plans.

China's official PMI, which is geared towards bigger, state-owned firms, rose to 50.8 in May, from April's 50.4, the National Bureau of Statistics said on Sunday, beating market expectations of 50.6.