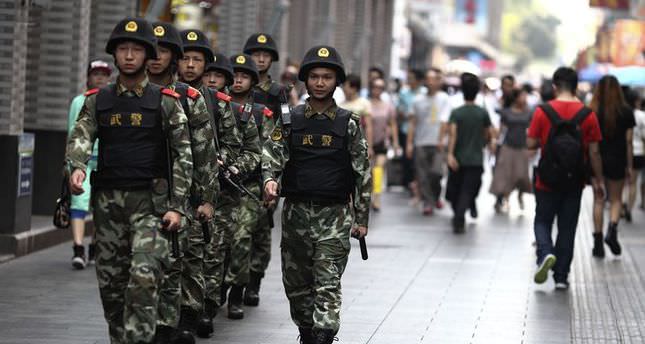 A total of 81 people from Xinjiang, home to a large Muslim Uighur minority, were handed sentences for crimes related to

"As of May 31, the city's prosecutors have, according to law, quickly approved the arrest of 29 people suspected of crimes of inciting separatism, assembling to disturb social order, illegal business activities, and inciting ethnic hatred and ethnic discrimination," it said.

The website, run by the ruling Communist Party's committee in Urumqi, gave no further details.

Authorities have launched a year-long "anti-terrorism" operation nationwide and in East Turkestan, home to a large Muslim Uyghur minority. Hundreds of suspects have already been detained.

Rights groups complain that Uighurs - who speak a Turkic language - face hiring discrimination, with jobs going to an influx of migrant workers from other parts of China.

Uyghurs have long chafed at restrictions on their language and culture, and curbs on religious worship and other freedoms.

Beijing says separatist groups in Xinjiang are seeking to form their own state called East Turkestan, though experts dispute the influence and reach of the most prominent group, the East Turkestan Islamic Movement (ETIM).

President Xi Jinping has pledged to alleviate poverty and improve ethnic relations in Xinjiang, an indication that China's leaders recognize some of the causes of the violence.