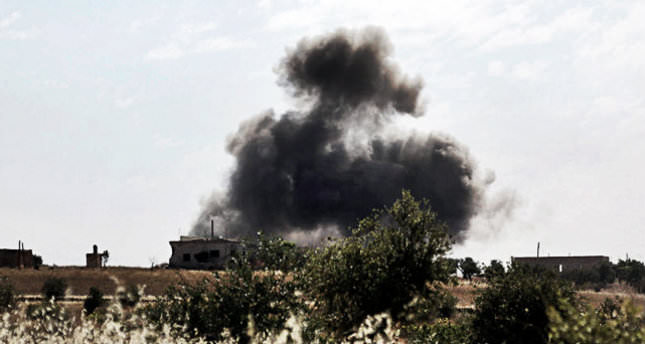 by AA Jun 10, 2014 12:00 am
ISLAMABAD — At least 15 insurgents have been killed, and many injured in a fresh round of air strikes in northwest Pakistan, officials said Tuesday.

This comes after Tirah valley was declared clear of militants after a military onslaught last year and the government had allowed displaced families to return. It is believed however the Lashkar-e-Islam militants still have hideouts in the sprawling region.

After the announcement that families could return, some told the Anadolu Agency that they were fearful that militants would return to their hometown.