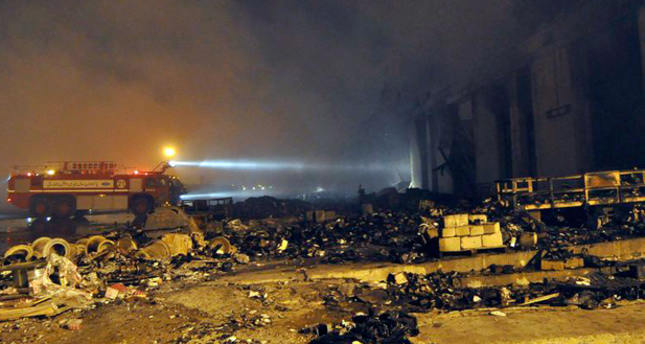 by Jun 10, 2014 12:00 am
ISLAMABAD — Suspected militants stormed a building adjacent toPakistan's largest airport, a day after Taliban fighters killed 28 civilians and security officials at the same facility in a night-long gun battle, according to media reports.

The airstrikes came in apparent retaliation for an attack by 10 rebels on the international airport in the southern city of Karachi
on Sunday night and Monday.

The assault stopped all flight operations for 16 hours as security forces and militants clashed in one of the terminals.

Last month, fighter jets killed more than 100 militants including some key Taliban commanders in the tribal area after a series of
attacks against the military.

Violence has surged in Pakistan after a government effort to engage Taliban in a peace process ended without making any significant
progress.