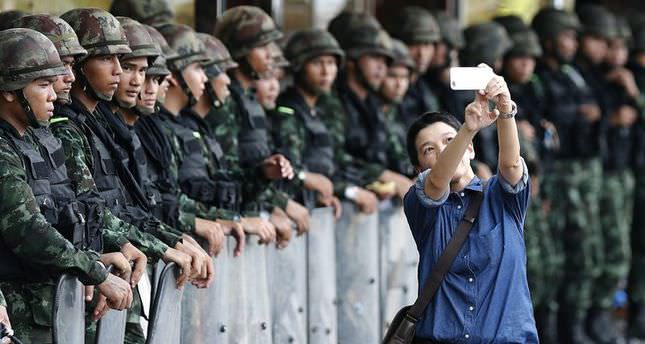 by AA
Jun 12, 2014 12:00 am
The Thai junta has threatened to punish a locally registered phone company for disclosing it was ordered to block access to Facebook days after coup leaders said that a technical fault had caused the social network to crash.

Immediately after the shutdown -- which provoked widespread discontent -- a military spokesperson strenuously denied any order had been given, affirming it was caused by a "technical problem with the international gateway."

The network was up again after an hour.

The deputy-chairman of the Thai National broadcasting and telecommunication commission on Wednesday called Hodland's comments "inappropriate and disrespectful."

In an interview with Thai newspaper Naew Na, Colonel Setthapong Malisuwan explicitly threatened DTAC -- which owns around 30 percent of the Thai mobile phone market -- with sanctions, threatening to investigate its shareholding.

Anti-coup protesters have been able to coordinate sporadic and small size demonstrations through the Facebook network and Twitter.

Since its May 22 coup, the junta has blocked more than 500 websites and warned Facebook users not to make comments that oppose its actions.

Police General Amnuay Nimmano has gone as far as telling local media that "liking" Facebook pages critical of the military could be considered a criminal offense.