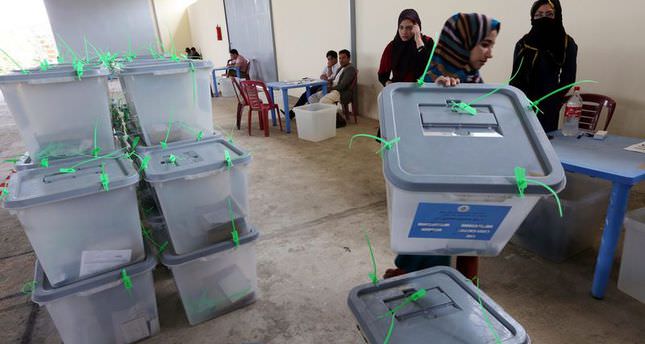 by AA Jun 15, 2014 12:00 am
The voting process in the second round of Afghanistan's presidential election has ended with less voters having turned out compared to the first round.
"The voting has concluded at 4 p.m local time all over the country," Noor Mohammad Noor, the spokesman for Afghan Independent Election Commission, told Anadolu Agency, despite not giving information about the voter turnout.
In the capital, Kabul, many Afghans rushed to vote till the end of the voting, but long queues of people were not witnessed unlike the first round.
The runoff is between the former foreign minister Dr. Abdullah Abdullah and ex-World Bank official and former finance minister Dr. Ashraf Ghani Ahmadzai, who were the top two candidates at the end of the first round on April 5.
The polls started at 7 a.m. in the morning despite threats by Taliban insurgents to disrupt the election.
According to the interior ministry, there had been 150 minor attacks by the Taliban across the country on Saturday.
Last Update: Jun 15, 2014 1:34 pm
RELATED TOPICS