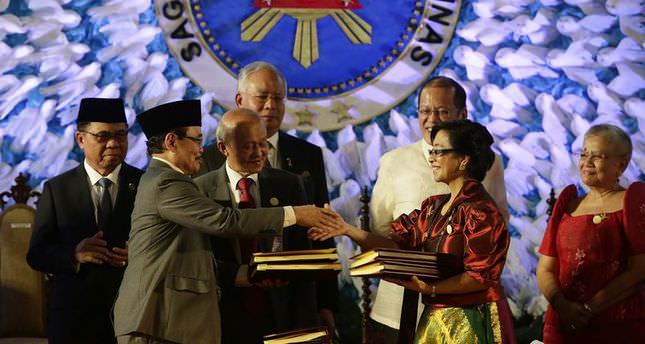 by Jun 27, 2014 12:00 am
Philippine President Benigno Aquino assured the country's largest Muslim rebel group on Friday that a new autonomous government will be in place by January 2015 in the south, a commitment made under a peace accord signed this year.

"All steps will be done that they can sit already in office by January 2015," Aquino told reporters in the central province of Iloilo, where he inaugurated some infrastructure projects.

Ghadzali Jaafar, MILF's vice chairman for political affairs, had said the group was worried that the government was dragging its feet in implementing the accord.

But it has refused to negotiate with the small and more violent Abu Sayyaf, blamed for beheadings, bombings and kidnappings in the south, labelling them terrorists.