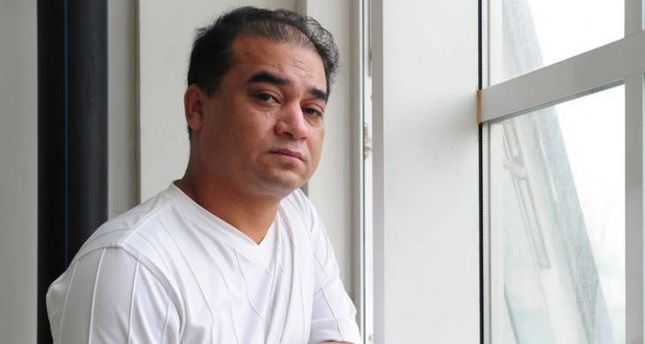 by Anadolu Agency Jun 28, 2014 12:00 am
A prominent Uyghur scholar arrested by Chinese authorities for "separatist activities" has maintained his innocence from jail as his lawyer was allowed to meet him for the first time in months.

Ilham Tohti, an economics professor at Beijing's Minzu University, was detained by police in January and taken to his native East Turkestan, China's restive far-western region (Xinjiang) where a spate of recent violent incidents have been blamed by the government on Uyghur separatists.

Li Fangping, Tohti's lawyer, saw him Thursday in Urumqi, capital of East Turkestan, and learned that his client was put in shackles for three weeks upon arrival at the jail.

On March 1, alleged Uyghur separatists stabbed 29 people to death at a train station in the southwestern city of Kunming.
Although a trial date remains unknown, Li said Tohti emphasized that he has never supported separatism.

"He reiterated that he has advocated to improve the rule of law, democracy and ethnic harmony in East Turkestan," Li said.

Tohti is known for his research on Uyghur-Han relations and has been a vocal critic of the government's ethnic policies in East Turkestan, a resource-rich region long inhabited by the Turkic-speaking, largely Muslim Uyghurs. The arrival of waves of Han, China's predominant ethnic group, over the past decades has fueled ethnic tensions.

Some Uyghurs have expressed resentment toward the Han majority in recent years over what they describe as harsh treatment from Chinese security forces and loss of economic opportunities to Han people in East Turkestan.

Amnesty International has said that Uyghurs face widespread discrimination in employment, housing and educational opportunities, as well as curtailed religious freedom and political marginalization. Other critics, including exiled Uyghur activists, have attributed the rise of violence in Xinjiang to Beijing's increasingly repressive rule there -- a claim the government vehemently denies.

In the region's deadliest violent incident in recent history, a suicide bombing last month killed 39 people at a street market in Urumqi. Another apparent suicide bombing left three dead in April at an Urumqi train station.

The Chinese government has responded by launching a massive anti-terrorism campaign as well as pouring more economic resources into Xinjiang.