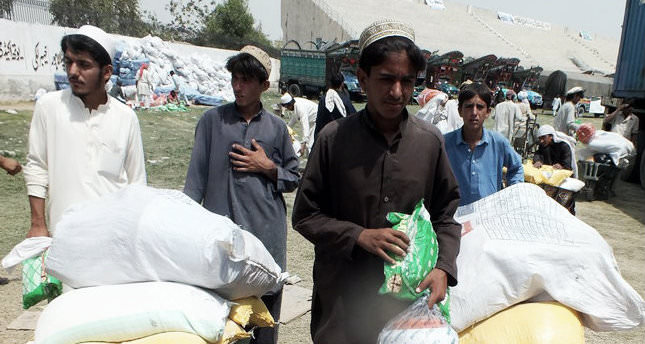 by German Press Agency - DPA
Jun 29, 2014 12:00 am
More than 300 people have died and thousands have been displaced in more than a week of clashes between Taliban militants and Afghan security forces in four volatile districts in the country's south, officials said Sunday.

"At least 50 civilians, including women and children, and 32 security forces have died while some 3,200 families have fled their villages as a result of the offensive," said Omar Zwak, spokesman for the provincial governor.

Interior Ministry spokesman Sediq Sediqqi said more than 250 militants have been killed in the military's counteroffensive, which Zwak said has been successful.

Health officials in Helmand said more than 300 people injured in the clashes are receiving treatment in the provincial capital, Lashkar Gah.

The Taliban's previously strategy revolved around bombings and suicide attacks, but now they are launching small-scale attacks on security forces as foreign combat troops are scheduled to withdraw by the end of this year.