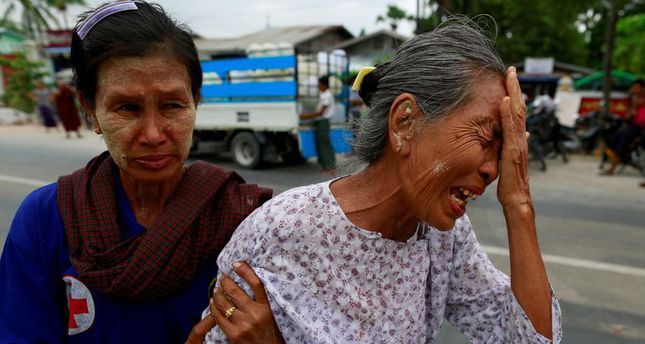 by Jul 03, 2014 12:00 am
Myanmar police imposed an overnight curfew in the country's second largest city of Mandalay on Thursday, after two nights of sectarian unrest that left two people dead.

Dozens of police were seen patrolling the streets and shops were shuttered as tension gripped the normally bustling central metropolis where angry mobs rampaged through central areas on Tuesday and Wednesday.

Two men, one Buddhist and one Muslim, were killed in violence that continued into Thursday morning -- the latest of several waves of sectarian unrest that have exposed deep religious tensions in the Buddhist-majority Southeast Asian nation.

"We do not want the situation getting worse," senior Mandalay police officer Zaw Min Oo told AFP, explaining that the 9pm to 5am restrictions were for "security reasons".