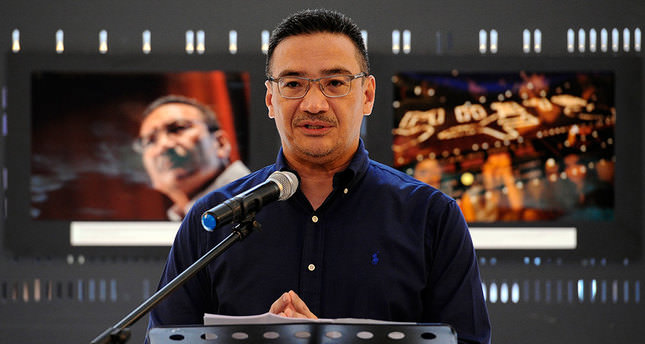 by Jul 06, 2014 12:00 am
Malaysia will send more equipment to the southern Indian Ocean to join the search for Flight MH370 which went missing four months ago, a minister said Sunday.

Defense Minister Hishammuddin Hussein said a Malaysian navy ship equipped with a multi-beam echo sounder -- a device to map the ocean floor -- would set sail on August 4 for the deep-sea search zone far off western Australia.

State energy firm Petronas, together with Deftech and Phoenix International, would deploy a towed device called a synthetic aperture sonar to scan the ocean floor, he said.

Shipbuilder Boustead Heavy Industries, together with iXBlue Australia, would send a deep towed side scan sonar with a remotely operated vehicle.

"Instructions for immediate mobilisation have been given and the assets are expected to reach the search area in mid-August 2014," Hishammuddin said. He did not give a cost estimate.

Another Malaysian vessel which was deployed in April will stay in the search area, he added.

The Malaysia Airlines flight lost contact on March 8 en route from Kuala Lumpur to Beijing with 239 people aboard.

It is believed to have veered off course and -- based on satellite data analysis -- to have crashed in the southern Indian Ocean.

But an extensive Australian-led search has so far found no sign of wreckage.

Australian officials announced last month that the search would shift further south based on a review of the satellite data.

They also said the Boeing 777 was almost certainly on autopilot when it ran out of fuel and crashed.

The most likely scenario, the officials said, was that the pilots and crew suffered from hypoxia, or lack of oxygen, and became "unresponsive", which can occur when a plane loses air pressure at high altitude.

The underwater search will start in the new area, covering up to 60,000 square kilometres (23,166 sq miles) in the southern Indian Ocean, in August and take up to 12 months.