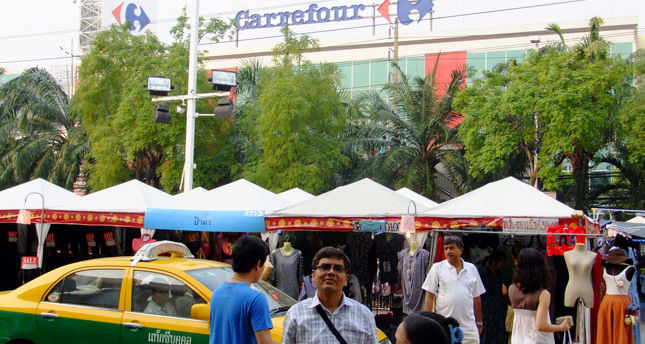 by Jul 07, 2014 12:00 am
French retail giant Carrefour said Monday that it will pull out of the Indian market with the closure of its five wholesale "cash & carry" stores by the end of September.

Press reports have linked the move to the general election victory in May by the Hindu nationalist Bharatiya Janata Party (BJP), said to oppose opening up the huge Indian retail market to foreign distributors.

Carrefour chief George Plassat had already indicated that the group had been considering whether to maintain a presence in India, where its first store opened in 2010.

Carrefour, which gave no reason for its decision to withdraw, had annual sales of 28 million euros ($38 million) in 2012.

But Indian press reports cited sources at the French company in May saying it was working on ways to withdraw from India after an eventual BJP victory.