At least 89 killed in car blast in Afghanistan 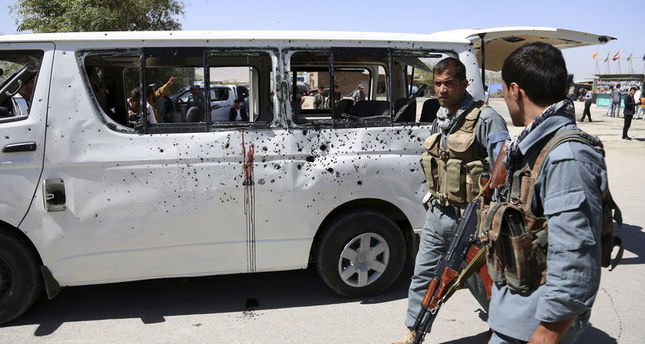 by AA Jul 15, 2014 12:00 am
A powerful bomb blast has killed at least 89 people, including women and children, in Afghanistan's southeastern Paktika province on Tuesday.

Local authorities said a bomb planted in a parked vehicle exploded on Tuesday morning in the Urgun district. According to Malim Raza, an official in the district administration, security forces had suspected this car, which the attackers left it in the parking lot before running away.

Some eyewitnesses, however, suggest that the car came running into the market and blew up.

Raza said the death toll could surge because of the large number of people injured by the blast.

Provincial security officials told AA that the blast was so intense a two-story market collapsed onto shop keepers and customers. Many are feared trapped underneath the roof.

Urgun is considered relatively peaceful district in Paktika province, which is largely under the influence of the Taliban. No group or individual has immediately claimed responsibility for the attack but authorities often blame Taliban militants for such attacks.